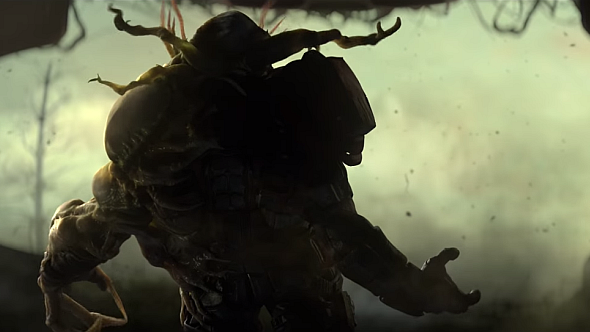 Ever since Halo Wars 2 launched with only a UNSC campaign, players have been eager to have a go as antagonists The Banished, and to see any sign of The Flood – one of the franchise’s most destructive forces. At E3, developers 343 and Creative Assembly revealed plans to grant both wishes in a new expansion, Awakening the Nightmare, which has just got a release date: September 26.

Check out our list of the best strategy games on PC for more violence at scale.

The date was announced at Gamescom, along with 4K support for Halo Wars 2, HDR for both it and the new expansion, a multiplayer Spectator Mode, and Arena functionality so you can compete in Xbox Live tournaments.

The expansion’s campaign is set a few months after that of the main game, with the war for the Ark continuing to rage. The Banished are on the back foot after the UNSC’s successes, and it looks like they manage to awaken The Flood in their desperation.