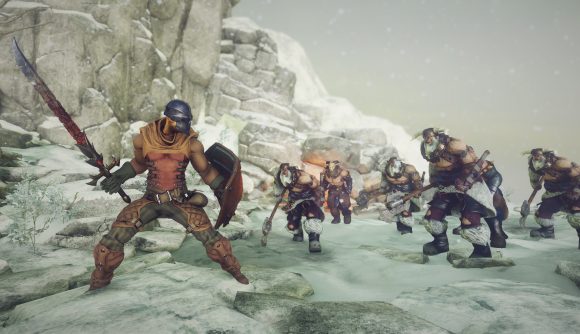 The studio behind the action-RPG, deck builder Hand of Fate series is ceasing development on new games. Defiant Development, which is based in Brisbane, Australia, and was founded in 2010 by “a bunch of grizzled game industry veterans seeking a better life”, has announced on Twitter that it will continue in “caretaker mode” to support its existing titles – but that its devs will now be looking for new jobs.

In the post, the studio says “It is with sadness that we announce Defiant is ceasing Development. First and foremost, that means that our incredibly talented team are looking for new roles. Every one of them is a champion in their field. If you can hire them, you should.”

According to the statement, the reason behind Defiant’s decision links to the way the games market has evolved in recent years. The studio says “the games market has changed in ways both big and small in the nine years we’ve been in business. We have not been able to change quickly enough to continue with them.”

Further to this, it states that “the Defiant model has always focused on creating games nobody else would. Games that reflected the skills and passions of our team”, and acknowledges that this approach carries some uncertainties: “we set out without knowing where the journey will take us, and we do so knowing that the unknown is not always safe. That is a risky way to make games, and we knew that. When it succeeds it delivers things you could never have considered possible. When it fails, it leaves you without a safety net.”

Sad to announce that Defiant are ceasing development of new titles. pic.twitter.com/OgMd61aLkp

The studio offers its thanks to the many people who have helped it, or been involved with it in some way in its nine years of developing games, and poignantly shares a YouTube video of an upcoming game it had in the works. Scheduled for release in 2021, the game is titled A World in My Attic.

From the just-over-a-minute-long sneak peek, the game looks captivating and visually gorgeous. No doubt many will be sad not to see the game, and other future Defiant titles, launch.