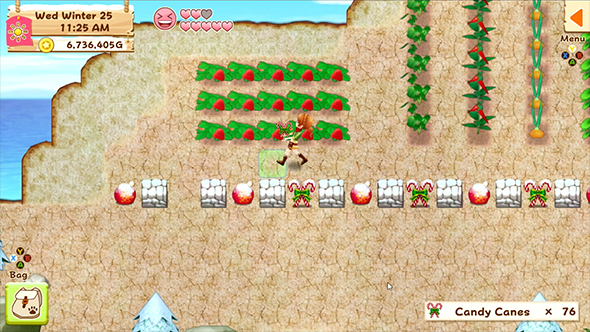 The latest Harvest Moon has been planted, carefully cultivated, and Light of Hope is now ready for harvest on Steam with a launch week discount putting the price at $26.99 / £21.41 / €25.19.

Play it your way with the best sandbox games on PC.

This is the first entry in the series to hit PC, and it’s doing so months ahead of its console releases. You play as a young guy or gal set to rebuild a farm and restore life to a nearby town.

The game still looks like it always has – which is to say ‘flat and ugly.’ I’d been holding onto a little light of hope of my own, but the early response to the final game hasn’t been super positive.

Original Story, October 27:Harvest Moon has had a rough go of it lately. It seemed the farming RPG series had gotten doomed to relative obscurity with regular sequels failing to capture much attention. Then along cameStardew Valley, subtly refining everything to make a new game that blew everyone away and quickly became a massive success.

But now that an indie game has proven that there’s a market for the simple life on PC, publishers Natsume are trying something new. Not only is Harvest Moon: Light of Hope the first game in the series to hit PC, it’s coming out months ahead of the console versions. The game is set to release November 14 on Steam.

While that’s cool news, there’s reason to be cautious. There was a split in the Harvest Moon lineage several years ago, with a trademark dispute seeing two different series come to be. The original games developed by Marvelous Interactive are now localized as Story of Seasons, while Harvest Moon is now a technically unrelated series commissioned by Natsume.

It’s all a bit complicated, but the important bit is this: the games which have recently held the name Harvest Moon have not been very good. Light of Hope could certainly change that – and I hope it does – but a quick glimpse at the trailer above doesn’t show a lot of promise, with flat visuals and an awkward air.

Yet I’d love to be wrong, and for Stardew Valley to have a true competitor on PC. Light of Hope is arriving in time for Harvest Moon’s 20th anniversary, and I’m still hopeful it can prove a worthwhile successor.