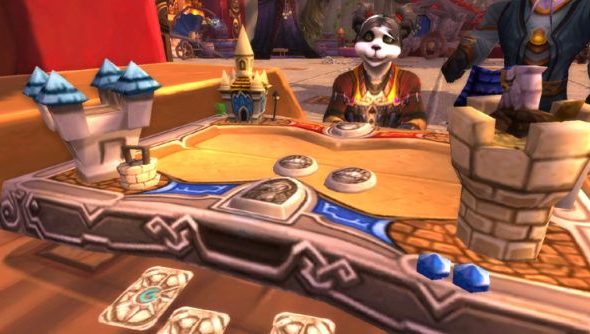 Since the weekend PCGamesN was briefly enveloped by the great, ethereal hand made manifest by the internet’s desire for Hearthstone keys, Blizzard have begun doling out access themselves, bit by bit, to battle.net users. Trouble is, they’ve just discovered a bug that might have seen intended key owners miss out.

An issue with battle.net accounts with no game licenses attached saw the ‘opt-in’ tick fail to register. That means the issue has specifically affected players who’ve created battle.net accounts and opted into Hearthstone in the hope of receiving a beta key – though they’re unlikely to be aware of the problem.

Now the bug is fixed, Blizzard “highly recommend” you double-check your opt-in settings (and hey, why not sign up to test Heroes of the Storm while you’re there?).

If you’ve been opted in for some time and find you’re not a victim of the above bug, it’s also worth checking your junk and spam folders, as well as the Promotions tab for Gmail users.

“Hearthstone beta invite emails have a tendency to end up in one of those locations,” note Blizzard.

“We apologize for any inconvenience this issue may have caused and once again thank all of you for your interest in helping us test Hearthstone.”

Here are our Hearthstone beta impressions, for posterity. Did you manage to grab a key in our site-‘sploding giveaway? Or is that last promise the positive note you’ve been listening out for?