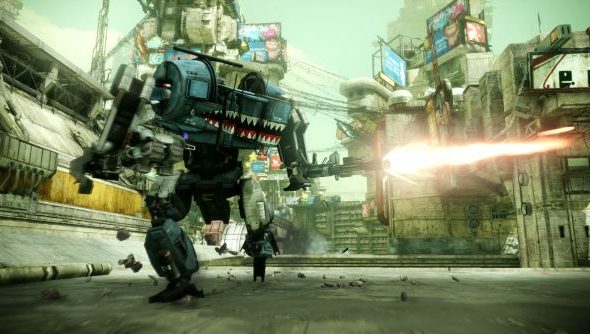 Update: Hawken is now owned by Reloaded Games. The quick announcement was made on the game’s Facebook page, and further information will be coming when the new forums are up and running.

The mech-shooter Hawken has been awfully quiet for around a year now, ever since it soft launched on Steam back in March of 2014. But recently, there have been rumblings of a triumphant return, as seen on the game’s Facebook and Twitter feed.

“Just to confirm, yes, Hawken is here to stay.” said a post on the Hawken Facebook page. “I haven’t been able to say *anything* until just this afternoon, but here’s a checklist of things we’ll be working on”

Just over a year ago, Hawken, after a lengthy alpha and beta period, launched on Steam via Early Access. Since then, the game hasn’t seen any real activity – their social media and updates were all but dead.

But yesterday, the game’s Facebook page burst into life, quite tremendously. “Cockpit cracked.” stated the post. “Low on oxygen. Repair drone offline. Wow that was a big freakin’ boom. Gonna take some time to fix these dents and bring her back online.I guess we’d better get started… Heading back to base on reserve power… Will update report as soon as repairs are underway…”

Charming roleplay set aside, what does this all mean? Well, at first, the team has some fixing to do – specifically this:

Do you play Hawken, or did you used to play it? We’d like to know in the comments below.