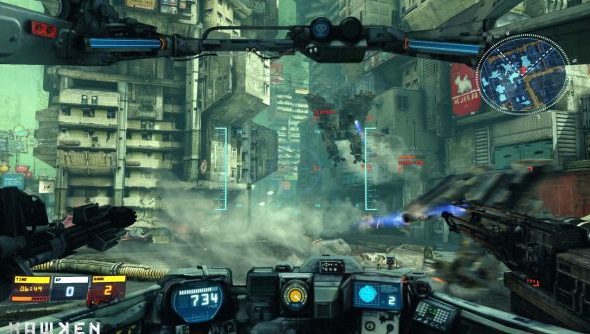 Some major changes are coming to Hawken’s experience and mech upgrade systems very soon, to address some longstanding issues that have dogged the game since its open beta began last year.

“ Everything is going to be impacted,” producer Jason Hughes explained. “From my perspective, ‘stickiness’ with a game, especially with F2P — you need a lot of people playing, you need people telling their friends, you need a lot of people staying with the game and playing with the game. And that could have been a lot better for us. So we tried to look at places to go, where are we failing people where are people not sticking around? Where are players getting confused? And that was a big motivation for this update.”

Meteor and Adhesive’s solution to this is a drastic revamp of the way experience and credits work, letting players to experience more of the game without having to bank huge amounts of spacebucks to do it. The other part of the equation is the introduction of bot matches to help ease players’ entry into the world of mech combat.

“We were seeing the mech we start people off with is the mech that most people play,” Hughes said. “Now obviously that’s understandable, but it was quite a significant margin. People were playing that default mech and not trying as many of the others. …So what we [are] trying to do is make it a little bit easier to get more mechs, so we can have a little more variety on the battlefield, and let people try other mechs. Some of that’s to do with pricing, some of it has to do with progression in general. You may spend the same amount of money [or credits] on a mech. But we make it a little bit easier to get from the beginning.” 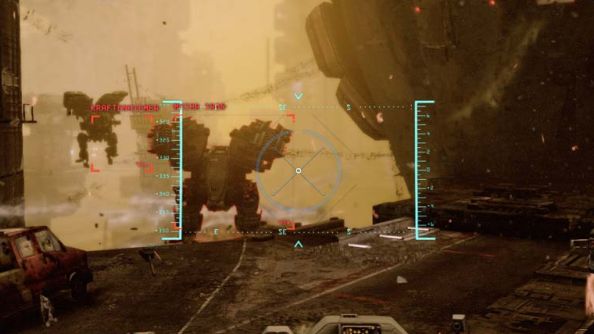 The way they’ve done this is by adding mech tiers. Where before you had to hoard a bunch of cash to buy a mech chassis, now you’ll be able to buy the chassis for much cheaper… but with some limitations. Now a brand-new mech starts at tier 1, which means it has the vanilla options and nothing more.

But as you play with that mech and gain experience, it will eventually accrue enough XP to move up to a higher tier, where there will be additional rewards and customization options. But going up a tier requires some form of payment, either with free Hawken Credits or paid Meteor Credits.

Hughes said that “by lowering the barrier to entry, we get players to try more. It’s not that much of a hindrance to get them to do it. And maybe they reach that tier and they’re happy, but they’ll go try another one. So it’s a bit more freedom. …For much much less, you can just start getting your feet wet and decide if it’s a mech you want to invest your time and resources into.”

The other changes are aimed at making Hawken less punishing for new players. The new pilot progression system, in addition to unlocking new perks and items for players as they level, is supposed to help keep high-level players and rookies out of each other’s way. There will also be a new team deathmatch mode with bots, where new players can practice with mechs and get a feel for the game. 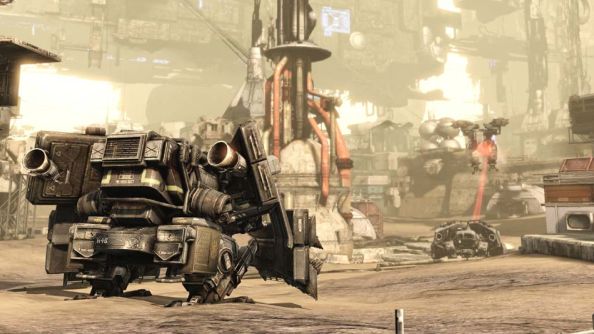 “Its sole purpose is that gap between completing tutorial and jumping into a full match,” Hughes said. “Now we’re also going to have coop bot training as well. That is an online mode that you can play with your friends, where you can get Hawken Credits and XP, and it’s on a map with drones and other mechs as enemies. Now the intention isn’t for them to be the quality of a human… It’s intended to be a fun arena to destroy as many as possible and last as long as you can.”

The addition of bot play is also aimed at making multiplayer a bit more fun for everyone. “The ultimate goal is to try to get to a point where we can bring some bots in for multiplayer when someone drops out of a match we can throw a bot in there to even the teams out. That’s a bigger goal. But our AI isn’t quite there yet.”

These are big changes for the mech FPS, but as Hughes said, “That’s part of beta: getting feedback and making adjustments before you’re ready to say, ‘This is version 1.0.’”