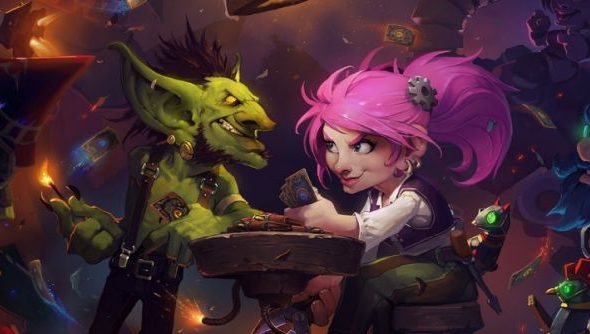 Following the announcement of Hearthstone’s new and upcoming game mode, Tavern Brawl – a mode where random rules are enforced in order to create wacky decks to battle your friends with – Blizzard have also confirmed that they are indeed working on implementing additional deck slots. Senior game designer, Ben Brode, headed to Twitter and Reddit to give us the information, and some interesting statistics to boot.

“Most players don’t even have 9 decks,” tweeted Brode. “But regardless, it’s something we’re working towards.”

More deck slots has been on the communities wish list for quite sometime, but after an interview with PC Gamer, it was not looking like that wish would come true anytime soon. “We’re just worried that players who have 18, 30 deck slots can get overwhelmed and forget which one’s which.” explained Brode after being asked about more deck slots. “It gets a lot more complicated quickly.”

But a tweet following the announcement of a new Hearthstone game mode – Tavern Brawl – Brode announced that they are in fact working on it:

@KintaroCH @CM_Zeriyah Most players don’t even have 9 decks, but regardless, it’s something we’re working towards.

Naturally, this generated a lot of discussion and excitement across the internet. Ben Brodes actually appeared on the Hearthstone subreddit to supply some interesting statistics about the current state of deck slot usage throughout the playerbase.

*Among players who have been active in the last 30 days.

It’s interesting to see that the majority of players don’t always fill up their nine total deck slots, but there’s a very good reason for that. As a regular player myself, I often leave one or two slots free for spur-of-the-moment deck ideas, or something to use to face a friend in a non-ladder match. But it’s pointless to dwell on such things, as Ben himself confirmed that these statistics aren’t “related to any decision-making” regarding the addition of more deck slots.

In other Blizzard news, the ban on flying within Warlords of Draenor will no longer exist. Instead, players must complete a lengthy achievement before being granted their wings.