Hearthstone’s latest adventure, League of Explorers, releases its first wing on Thursday, putting Blizzard the closest they’ve been to a Sony-style “and you can play it… now!” This means there will be no long spoiler season to go through, with all 45 cards already released to be theorycrafted into oblivion over the next six weeks of regular releases. But why drop this on us so suddenly?

“We’ve been working on it for a while and part of the dream was to say ‘hey guys, it’s coming out next week’ which was exciting,” says Rachelle Davis, senior software engineer. “But also we’re still working out what makes sense. In the past we’ve had a lot of lead-up, we’ve had a lot of hype-train, and now we’re on the bullet hype-train. So we’re trying it out and we’ll see and hopefully it will be just as exciting for players to do it in five days from now versus the five weeks we’ve had [previously]. We’ll see, we’ll see what people like and if they like this then maybe again.”

Senior Designer Ben Brode wants Hearthstone to always be doing something unexpected, as echo’d by the mechanics of the adventure itself with traps that bar your way in the new no-enemy encounters and never knowing what’s going to occur when your three choices pop up for Discover. The release date is no different, and with a signature microphone-breaking laugh, Ben puts it, “We’re all about surprising the players. This was an opportunity to do that. We’re all about ‘Soon’ at Blizzard – forget that: Thursday.” 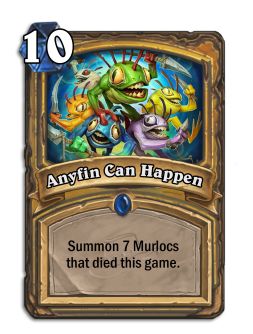 As part of that need to keep things fresh, this Adventure marks a point where Blizzard are now more capable of creating very different sorts of encounters to challenge players. The Hearthstone team’s designers have a set of tools that beg to be played with in new and exciting ways, like League of Explorers’ countdown missions. They’ve also got a playground to do it in between new Adventures every eight months and Tavern Brawls every week. As Rachelle explains, her team didn’t have to put in as much systems redesign work on it as you might expect.

“The designers were actually very creative with the tools we have to build that mission. It was pretty cool that they pulled that off. We went back and optimised a little bit later but they have a very cool design space and the ability to mess with the existing formulas. Same thing happened with this week’s Tavern Brawl where they went ‘hmm, I think I can make these things work together’ and then poof: we have co-op.

“That doesn’t necessarily mean it was performant [That’s a programmer term for software that runs efficiently – Google Ed] so we go back and make sure that’s going to work out when we ship something. They’re super clever and then we get to make sure it works on a large scale.” 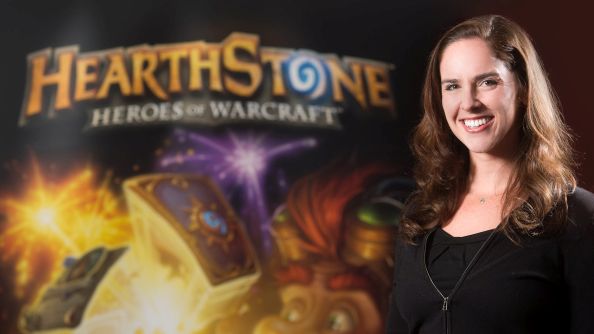 Co-op particularly is a deep well the team will almost certainly return to. I pointed out that I feel the design is a little jerry-rigged, not as fully integrated into the UI or as elegantly put together as you might expect from Blizzard. Ben agrees that they could do more, but defends this implementation:

“It’s definitely possible. We did spend a lot of time to make it feel really crafted. Like Megazod is a taunt minion so you have to attack it. The design of it is a little bit hacky but we wanted to really make it feel unique. So he’s floating above the battlefield on thrusters and then when he comes over to your side [he flies].

“I think originally we were trying to just see how fun is it really to play co-op Hearthstone and we’re like ‘oh! Actually it is fun’ so we wanted to like get it out as quick as possible and make it feel really hand-crafted and like a unique experience. We could go a lot further, this is the very beginning and I don’t know what the future looks like [for co-op], whether it’s more Tavern Brawls or different Tavern Brawls or even beyond that, but so far it’s exciting.” 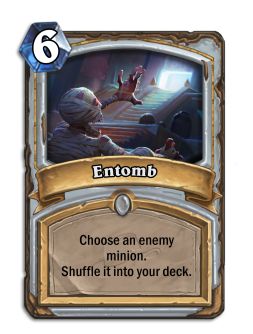 With League of Explorers coming out, that’s another batch of cards new players are not going to have access to immediately. This is becoming a serious problem for a game that made its mega-fortune on accessibility. I asked specifically about formats – where, for example, only the last year of cards would be legal in the main competitive and ladder modes – but Ben reveals that they know what to do, they’re just not ready to share it yet.

“Imagine a world where there’s 30 or 40 things to buy in the shop. It’s no longer free to play. That’s a problem. We have to solve it. I don’t know exactly what the solution is – I mean, I do now, but we’re not ready to share exactly what the solution is but we are very close to being able to talk about what our plans are moving forward to help solve those problems.”

As someone who spent more of his student and family loans on Magic: The Gathering than I’ll ever be willing to do the math on, I’m far more competitive at Hearthstone without having paid more than the price of an average game for it. While I’ve had the advantage of the odd pack being given to me to assess new sets as press, I’ve still got far more gold than I can spend as fast as I earn it.

“We want it to be a game for everyone. Not everyone is interested or willing or ready to pay [real money],” explains Rachel “We wanted to provide ways for anyone to play. And that comes back to [our feeling] that CCGs are a really cool genre, but maybe not a super-accessible genre historically: it does cost a lot to get into. But they’re super fun, we’ve been playing them for a really long time, let’s expose how much fun this is – and making something that is truly able to be played for free, that’s something we want to do. There is a whole array of different types of players, we have players on the team who play for free.”

Ben adds, “We constantly [have guys on the team] restarting their accounts to make sure they’re in free to play mode. Eric Dodds, our game director, is like ‘I have too many cards, I’m just gonna reset. I have to make sure I know how this feels.’ because it’s really important to us to really make it feel like it’s accessible. Amnesia, the kid who’s like 14 years old, made top 64 [in one of the Hearthstone World Qualifiers], he’s never bought anything – so you can definitely compete.” 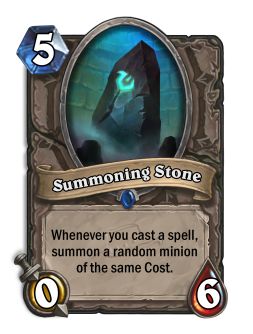 As for where things go next, if tradition is followed a new expansion will be making its way to us after League of Explorers wraps up. Presumably Blizzard will reveal that to the world early next year. For Rachelle’s team, I want to know if they are looking at the rise of overlays [link] and considering implementing the most commonly used tools, deck trackers, into the main client.

“There’s a list ten miles long of features, and cool additions, and overlays that we could do but the reality is that even though our team has grown, we don’t have the bandwidth to do it all. So we have to pick and choose, what do we want to spend our focus on. League of Explorers has been that focus. We’re always looking to see what does the community want, what do they need, what’s really important to them, but we do have to be careful about what we select to spend our dev focus on.”

Wherever Blizzard go from here, it’s probably going to get stranger, deeper and more interesting. You can see the throughlines from how Hearthstone started to where it is now, with Adventures informing Tavern Brawls which have informed card designs which, inevitably, will produce more Adventures. Can’t wait for all that, or seeing everything else League of Explorers has to offer come Thursday, when we’ll have some hands on impressions.