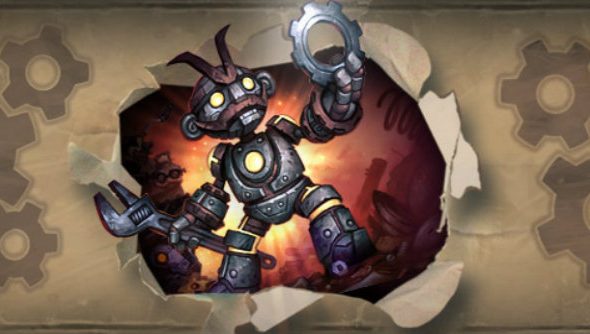 We’ve compiled the cards revealed so far from Hearthstone’s upcoming expansion, Whispers of the Old Gods, so why not have a look.

The patch adds a host of new things to the game, including a version of Hearthstone for Thai-speaking players, several improvements to the Collection Manager, and new UI elements in preparation for the upcoming content. There are new Card Backs – including a snazzy Overwatch-themed one – and bug fixes, too.

Lady Liadrin is being added as a playable Paladin Hero, and comes with her own backstory, music and voicover. She’ll be obtainable through an upcoming promotion, so you’ll have to keep an eye out for that. Apparently there are hidden references in there to an upcoming 14th Hero, so be on the lookout for hidden secrets.

The new patch also unlocks Whispers of the Old Gods for pre-purchase. The full patch notes are below:

– Liadrin – The new Paladin hero is obtained through an upcoming World of Warcraft promotion.

– Hogger – Acquired at the end of the month by reaching Rank 20 or higher in Ranked Play mode during the month of March 2016.