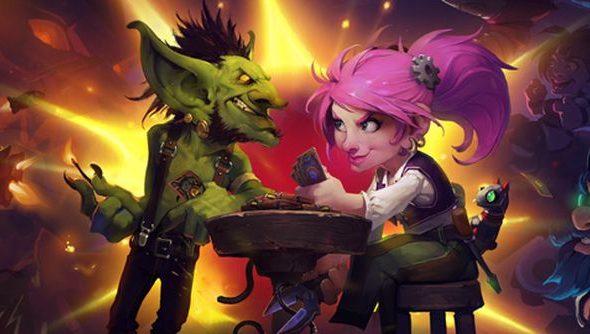 Hearthstone has entered a state of cold war. Players across all of the game’s regions can now collect points through tournaments, Fireside Gatherings and Ranked Play, like superpowers growing in military might, all in an effort to get a spot in the Hearthstone World Championship, where the cold war will heat up.

Sixteen Hearthstone players will beat the cards out of each other this Autumn, but to get there, they’ll need to get points from matches and official tournaments, earned through performance. First, they’ll need to get through the regional qualifiers, though, where more points will offer higher seedings.

The North America, Latin America, Europe, China, Taiwan, Korea, Southeast Asia, Australia and New Zealand, and Japan qualifiers will weed out the week until the top 16 meet later this year for the main tournament.

Players who get at least two points by August 31st will also be eligible for the Last Call Tournament, which feeds into the appropriate qualifiers.

The eight top players in each qualifier will take home some loot, with the winner netting $10,000. In the World Championship, that jumps to $100,000, and all competitors will get at least $5,000.

You can start trying to earn those points straight away.