It’s fitting that the final Global Championships in the current Hearthstone competitive scene take place in Taipei, Taiwan. The city has an addiction for brightly coloured lights, hints of history, and the ultramodern, with an aesthetic that can only be described as cute – in the classic kitty-face emoji sense. In short, cartoon characters are everywhere.

Hearthstone plays well in Asia, with more of the game’s 100 million players to date residing on this continent than in North America. Organisers turned the 35,000-square-foot Heping Basketball Gymnasium into a combination of a Hearthstone inn – complete with a giant, digital fireplace – and a huge, physical playing board as the stage.

The raised rectangle has a floor made out of display screens which, during the matches, change into the game’s various playing boards around the players in the centre. Wins are rewarded with a swirl of golden sparks or flying cards – it’s quite a sight.

Cleverly, the ramp where the players walk up onto the stage has been designed as a traditional Taiwanese bridge, complete with a small balcony that acts as a lift for Mark ‘Ike’ Eichner, who uses a wheelchair to gain access after the latest in a lifetime of surgeries to his legs. 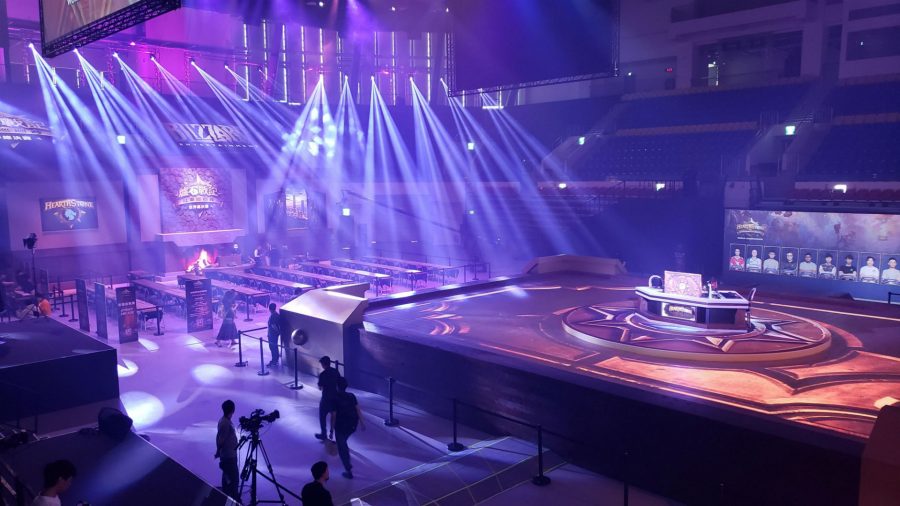 Out front, a giant sign with spotlights proclaims the event, and a pop-up store inside sells Blizzard merch, some of it specific to the show.

By the time competition opens a line stretches out the door

On the second floor are areas where fans can mingle with players and organisers – this setup results in a memorable moment where the game’s creative director, Ben Thompson, and lead game designer, Dean Ayala, learn to make Taiwanese filled pancakes stamped with the Hearthstone logo, then comment on them in Mandarin.

The venue itself is a collegiate-level basketball arena built for competitions and international events in 2017 – a huge cylinder of green and multicoloured glass in a bustling business area. As players battle inside to capture their share of the million-dollar prize pool, locals outside battle to manoeuvre thousands of scooters, cars, and buses through their dedicated lanes. 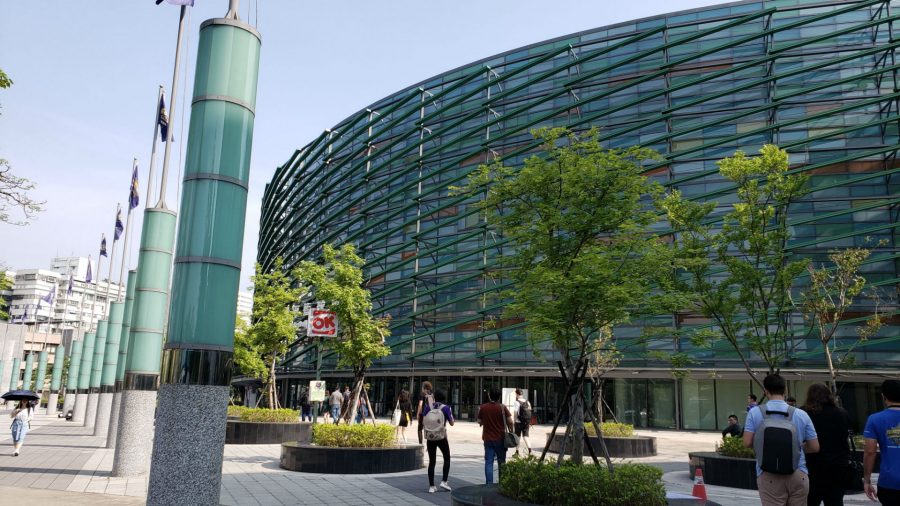 Local traffic for the games is slow at first, however. Many of the arena’s 7,000 seats are slid away to make room for the floor’s play-for-prizes gaming area and the Masters Qualifiers competition area, and those that remain are spottily filled. But by the time competition opens for the final rounds a line stretches out the door for what quickly becomes a sold-out event. A heartening turnaround.

Even at less-busy times, the play-for-prizes area is packed, with fans able to compete against each other. Three wins in a row guarantees a prize; 12 wins in a row nets the player an iPad – a testament to just how difficult it is to achieve that in Hearthstone, where even the best players’ win percentages can be in the 60s.

A number of pro players arrived a couple of days early for the event, but hadn’t had much chance to see the city. Instead, they practised or strategised with friends during free time, at most taking the opportunity to walk around in a few areas or see one of the local night markets. When it all kicks off, matches stretch to 12 hours on some days.

Done with the first day of the @PlayHearthstone World Championship and this is our shuttle back to the hotel pic.twitter.com/zruykDywrP

Still, it’s hard for anyone to miss the city’s fun party atmosphere. Some of the shuttle buses that transport players to and from the hotel are equipped with flashing disco lights, and are just as brightly coloured outside. It’s friendly, too – fans catching a glimpse of the players and casters approach to say hello or grab a photo in the hotel bar.

It’s a perfect setting for what has been a historic event – the finals also set up the Hearthstone Masters program and marks the end of the Year of the Raven – and one that will undoubtedly form lasting memories for all involved.