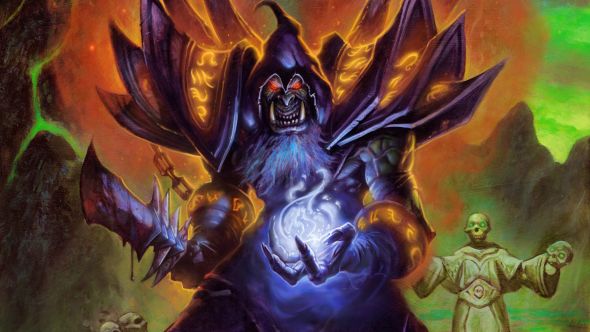 Update, September 20: Blizzard have released a statement on the technical issues around the HCT tournament, saying that they’re aware of the problems and are working on solutions.

Blizzard’s statement on the technical issues surrounding the Hearthstone Championship Tour Americas Summer Playoffs, which they say were caused by a combination of equipment failures and DDoS attacks. They say the results were not acceptable, and that there’s a lot to be done to improve competitive events.

Make your way up the ladder with our list of the best Hearthstone decks.

They haven’t yet clarified exactly what form these improvements would take, but apparently some could be in place by the start of the next Championship Tour season. They’re also reevaluating their requirements for venues and equipment, and are looking at designing fallbacks in the case of disconnects.

In addition to a disconnect that apparently cost a winning game in a quarterfinal match, players also suffered long wait times between matches, disrupting the flow of the events.

Original Story, September 18:A professional Hearthstone player lost a quarterfinal match after a disconnect robbed him of his advantage in a crucial game. Luker went on to lose 3-1 to Nalguidan in Quarterfinal number three.

At the beginning of the fourth game of the best-of-five series, Luker was trailing Nalguidan 2-1. At around turn six, Luker’s Warlock deck was doing well against Nalguidan’s Pirate Warrior deck. Luker even had the possibility to gain dominance in what could have been a deciding game, but was disconnected, forcing a re-match.

When the game restarted, Nalguidan got off to a perfect start, getting an excellent deck curve. Meanwhile, Nalguidan’s good fortune had clearly upset Luker, who made several bad decisions, eventually losing the game, allowing Nalguidan to progress to the semi-finals.

In a post on Reddit, Luker offered his thoughts on the situation, saying his laptop, which was provided by Blizzard, froze. He says that if he had been able to take the series to 2-2, his final deck had an on-paper advantage against Nalguidan’s, and he believes he could have progressed to the next round.

Luker is keen to suggest that no one is to blame for the disconnect, saying “I’m not upset with anyone regarding this situation; not my opponent, Blizzard or the tournament organizers. This was something entirely unexpected, and there’s no way to call the game as a win for me.”

He does, however, go on to suggest that the Hearthstone esports scene needs improving, saying “we need a tournament mode, we need a better format (one where tie breakers aren’t considered or weighed as heavily), and we need better venues/equipment.”