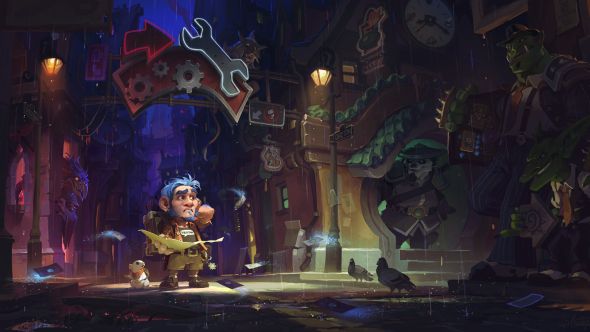 Some cards from Hearthstone’s Classic set may be nerfed or moved to the Wild format in the near future to ensure the meta-game in Standard format stays fresh, according to game director Ben Brode.

Fancy getting into Blizzard’s card game? Here are the best Hearthstone decks for beginners.

Brode discussed the changes over on the Hearthstone forums, and there’s a neat summary on Hearthpwn.

In theory, this enables players to enjoy a regularly changing meta-game when playing Standard, as cards come into and fade out of eligibility. Since Basic and Classic cards are always eligible in Standard, however, if cards from those sets wind up dominating the meta by being too powerful, that undermines the goal of Standard.

“Our intention is to keep Basic and Classic evergreen. This does have severe disadvantages if cards from Classic end up making Standard fail at its goal of being fresh each year,” says Brode.

Hence the proposed solution: a few targeted nerfs, and/or moving some cards out of Classic into Wild. Brode says “we did this in 2016 when we nerfed 12 Classic cards and it made a huge difference in how much the meta was able to change”.

Response on the forums has been mixed, with some users coalescing around the idea that Blizzard are nerfing or gutting the Classic set to incentivise purchases of the game’s expansions (Hearthstone’s in-game currency can be earned through gameplay or bought with real money.) Brode insists “that’s just not true” and says “we’ve been hearing a lot of feedback that Classic and Basic as they currently stand are a real threat to [a fresh meta in Standard]”.