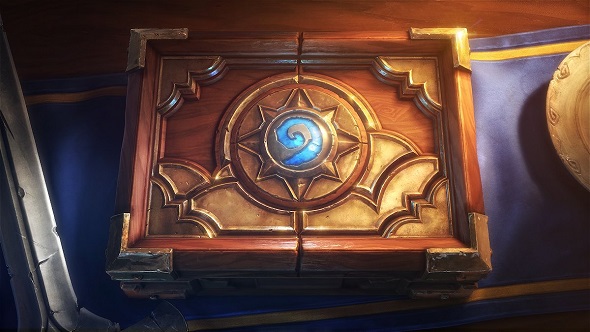 Well, this is a nice surprise. In a sudden announcement from Blizzard, players who sign into Hearthstone tomorrow will get a Fight Promoter card, free of charge.

If you’re new to Hearthstone, give these beginner decks a try.

There’s no catch, no ARG associated with this free card, players can simply add it to their card collection or get some free dust if they already have it. The Fight Promoter is a pretty decent card, mostly used in handbuff decks or with classes that have naturally beefy minions, like the Priest’s Priest of the Feast. As an Epic card, you’ll get 100 dust from disenchanting it, which isn’t half bad for a freebie.

According to Hearthstone director Ben Brode, the Hearthstone team were actually inspired by Free Comic Book Day for this fun little event, so let’s hope for more promos like this in the future. I’d personally love to see No Pirate Warrior Day, as a nod to Talk Like a Pirate Day or maybe Golden Legendary Week, inspired by Japan’s regular Golden Week celebrations.

Brode then went onto say that Hearthstone is “ramping up their events team to do even more” events like Winter’s Veil. Keeping Hearthstone “spicy” is important to the growth of the game says Brode, and Blizzard have “some bigger (and smaller) events planned” in the near future. As for the free card, it’s just “a fun one-off.”

Hopefully, these new events will be better than Blizzard’s recent announcement that North American rounds of the Hearthstone Champion Tour would take place in branches of the fast-food restaurant Buffalo Wild Wings. As many pros have already made plain on Twitter, a loud fast-food joint is not the most ideal place to host a tournament that requires acute concentration. At least you can wash away the salt of a loss with an infinite fountain drink.