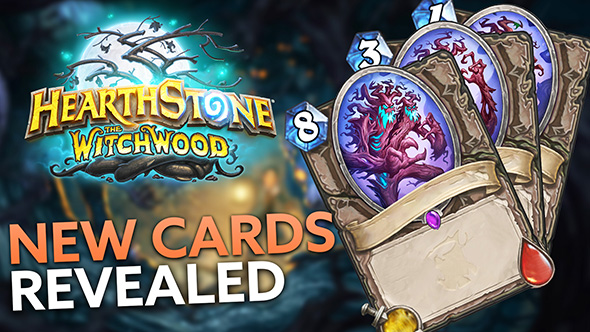 Hearthstone’s Year of the Raven is nearly upon us, with its first expansion, The Witchwood, set to release next week. Ahead of its release, we’re exclusively revealing three Witchwood cards.

Here are all of the Hearthstone Witchwood cards revealed so far.

Well, technically, we have five to reveal because this card is like a Russian nesting doll. Splitting Festeroot is an 8-mana 4/4 Epic neutral card, and while those stats aren’t particularly high for a card as expensive as this, it’s Splitting Festeroot’s Deathrattle effect that you’ll want to pay attention to. When it’s destroyed, it’ll summon two 2/2 Splitting Saplings to take its place. When each of those meets its end, they’ll summon two 1/1 Woodchips, meaning you’ll get a total of seven minions on the board for the price of one. That’ll give you great board control, and if you can buff them up, you’re sure to give your opponent a splitting headache. 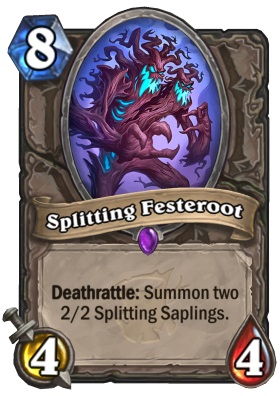 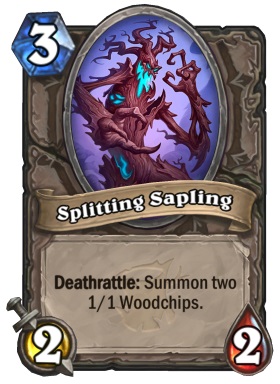 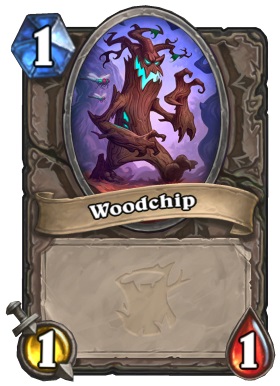 We’ve got two more exclusive Witchwood cards for you to take a look at. Festeroot Hulkwill work brilliantly in aggressive Warrior decks, while Mossy Horrorwill help out with board clear.