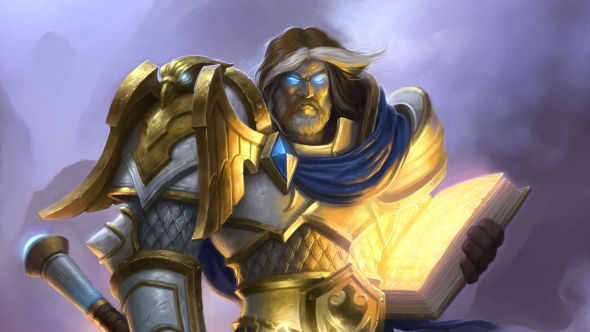 Usually home to toxic chats and mountains of salt, Twitch is not the first place you’d go to for enlightening political discussion. Well, a politician in Sweden is attempting to change that, by using his own Twitch channel to publicise the current issues facing eSports players attempting to get a visa in Sweden.

If you’re looking to make it big in Hearthstone, try out these beginner decks first.

In an interview with glixel, Swedish MP and member of Centerpartiet Rickard Nordin explained further about a piece of legislation he is trying to get through the Swedish parliament at the moment. As a lifelong gamer and Hearthstone fan, Nordin is currently campaigning to get professional eSports players in Sweden the same legal visa status as they do in the US. With teams like Alliance and events like DreamHack based in Sweden, this legislation could attract more foreign players to the country.

With Twitch naturally being a place where gamers congregate, Nordin thought it made complete sense to start campaigning on the site. “There is a huge political interest out there, just waiting for the right channel,” according to Nordin and his streams are attempting to engage gamers with local policy.

He also hopes that through this legislation, he can increase funding for schools that nurture eSports, similar to universities with extensive sports programs. Nordin states that “schools that focus on esports cannot open in the same way as other schools which focuses on other sports” and that there are “some strange tax regulations” to further compound problems. Sweden already has one of the highest rates of tax on tournament winnings, so this legislation should go some way in helping break down the stigma surrounding eSports.

That is ultimately Nordin’s goal, to get eSports treated the same as traditional sports at least in the legislative arena. While he may never break the negative stigma around videogames for some people, he’s already getting “great support and many curious questions from the colleagues in my party,” despite some harsher comments from politicians on the other side of the aisle.

Nordin plans to stream on Twitch every Tuesday from 7pm to 8pm CET until the summer, so do tune in if you want to hear more about the inner workings of the Swedish parliament. While he does conduct his streams mostly in Swedish, he has “promised to try and answer some English questions as well.”