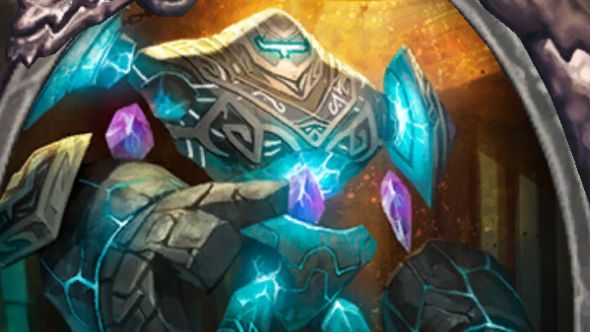 Hearthstone’s latest expansion, the One Night in Karazhan adventure, has been releasing steadily over the last couple of weeks. It’s already had an effect on the metagame, though despite powerful cards it hasn’t quite saved Priest. Now the third wing has arrived, The Menagerie, featuring three more bosses, thirteen new cards and putting us one step closer to the end.

For everything that’s coming in this adventure, check our Karazhan card list.

Reports have it that the heroic versions of these are a little lacklustre in their power, with many community members reporting beating them on the first try, not needing specific decks built to conquer them.

As for the rewards, the obnoxiously powerful Menagerie Warden is turning Beast Druid into best druid pretty quickly. The Curator has enabled some more interesting decks with a mix of card types, and I’m personally excited to see where Secret-focused Mage control decks go with the addition of Babbling Book and Medivh’s valet next week.

Speaking of which, it all wraps up in seven days with the fourth and final wing, The Spire. This will add a couple of new interesting legendaries in Medivh and Prince Malchezaar. Look out for it, and then it’s on to Blizzcon, probably, before we see more.