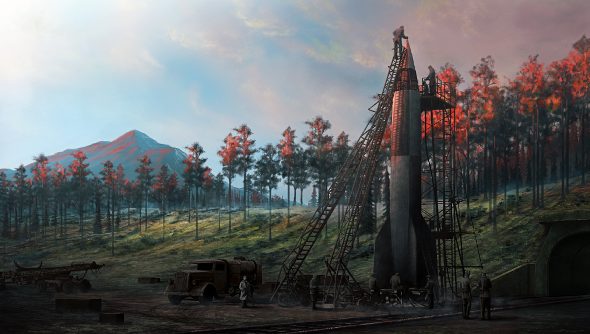 Paradox pride themselves on making games “that are not for everyone”. Nothing may have illustrated that more than my brief hands-off demo of the upcoming World War 2 grand strategy game, Hearts of Iron 4. Paradox gave us a presentation only a wargaming die-hard could love. And love it I did.

Unlike the rest of the Paradox Development Studio lineup, Hearts of Iron 4 is not a grand-strategy game, but a strategic-level wargame. It’s a subtle but important difference.

Games like EU4 and Crusader Kings 2 are about writing completely new histories over the course of several hundred years. Hearts of Iron 4 is an alternate-history where World War 2 can play out differently along a rough historical outline.

Since Hearts of Iron is about a specific war, it goes into much more detail than Paradox’s other games. Germany’s booming economy is all very well and good, but how many Panzer IVs can it churn out in a month? How many will you lose during your invasion of Poland, and will your diplomats convince the Soviet Union to stay true to its non-aggression pact? How many Stuka dive bombers should you produce, and which fighters will be escorting them?

These are familiar questions in strategic wargames, and not so very different from games like Axis & Allies. But what made Hearts of Iron 4 look so exciting was the toolset Paradox are giving to players. Everything they’ve done is about letting you focus on the big picture without getting dragged down into the minutiae of factory management and requisitions.

The most impressive thing I saw was the planning interface. You can draw detailed campaign plans right on the map with just a few strokes of the mouse. With a few more button presses, you can divide your plans into distinct phases, set air support priorities, and objective markers. The AI will handle all the planning and preparation for those campaigns, shifting units into the theater until you give the order, and then your blitzkrieg commences like clockwork.

As units reach their first objectives, you can let them rest up and consolidate before trigging the next phase, and once again they spring into motion according to the plans you made beforehand. You still have lots of flexibility, though: if you spot some unexpected resistance on a flank, you can draw a small line that diverges from your main attack, and a small group of units will peel off to engage. If you need to stop and set up a defensive position, you can draw the front line that you want to hold, and units will take up positions and dig in.

It’s like watching an animated map in a history book or an old-time newsreel. I don’t know how it can work so smoothly, because it seems like it’s ripe for AI screw-ups, but somehow it seems to function perfectly. That’s a huge boon, because Hearts of Iron 4 has to scale from the highest level of command to the much more granular maneuvering of divisions and army corps. Removing the fuss is crucial for keeping players focused on the big picture and not wrestling with minutiae.

Planning also has one other interesting effect: it makes Hearts of Iron 4 one of the first strategy games I’ve ever seen with a convincing espionage model. 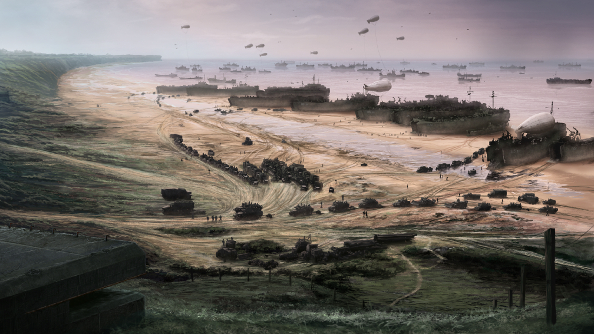 You see, it’s important to draw up war plans because units get bonuses if they have time to reach their jump-off points and prepare for the attack. You are weaker if you order units around at a whim, so you plan and prepare for operations.

But plans can be stolen. This is actually kind of brilliant. Espionage usually fails in games because there are no secrets to steal. There is not enough diplomatic or strategic inertia to prevent players from doing whatever they want, whenever they want to do it. So you end up with “spies” being used as sabotage units, or as rumor mongers who give you vague reports of, “Someone is building up a fleet” or “Russia is going to attack Germany”. Hearts of Iron 4 looks to solve these problems by encouraging players to invest in laying the groundwork for major campaigns, at the risk of having spies stumble upon them. It’s a very cool idea, and one I very much hope to see used elsewhere.

Hearts of Iron 4 also seems to have its priorities or order when it comes to managing your country and economy. Players have big decisions, but can leave the execution to the AI. You don’t need to do the sums across your entire country in order to figure out how many tanks and aircraft you can afford. You simply place your production orders and your national industry does its best to meet them.

What I really liked is how it gets at the kinds of choices that defined the way World War 2’s combatants fought. Your army can’t do everything. You can’t become proficient in blitzkrieg-style maneuver warfare, but also learn to use mass-firepower and sheer weight of numbers to their best advantage. Nations have to choose a military doctrine, and then develop their skills at it.

The same principle applies to equipment. If you’re Germany and your old Panzer IIIs and IVs are starting to run into trouble, you could switch the entire war economy over to the construction of new Panther and Tiger tanks. But during the switch, replacements will dry up as production lines shut down. So do you pay the up-front cost for better equipment, or try a more gradual transition, or do you put the new tanks on hold and invest in improving your existing models?

Admittedly, this is incredibly nerdy stuff to get excited about, but that’s kind of the point of Hearts of Iron 4. This is perhaps the most specialized game I’ve seen from Paradox Development Studio since the majestically complicated and fussy Victoria 2. Hearts of Iron 4 may not give you the blank canvas of EU4 and CK2, but it makes up for it with vivid and useful strategic detail.