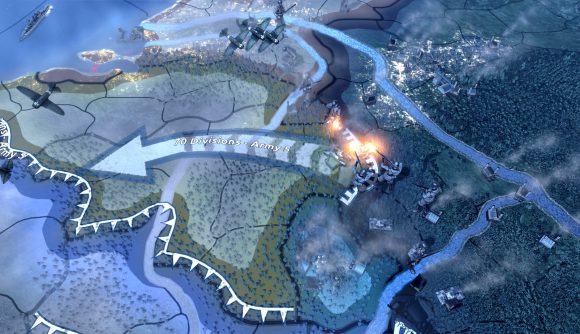 While it’s all well and good talking about how Hearts of Iron IV’s upcoming expansion No Step Back will overhaul the Soviet Union, or how the free patch will completely redo the supply system (again), being a war game I’m here for one thing: shooty bangs.

Paradox’s WWII grand strategy game isn’t the deepest conflict simulation around, but it offers a perspective not often covered in these kinds of titles and offers enough depth to make it engaging. The No Step Back expansion is going to be adding more subtle tricks to make warfare that much more strategic, as this week’s dev diary reveals.

First up, there’s now a formal scorched earth mechanic. A bit grim, for sure, but one reason the Soviet Union was able to hold out against the Nazi invasion was its policy of not leaving anything behind that could aid the invaders (that, and just up and moving their entire industrial base like it was a set of legos). This has now been introduced into the game as a general mechanic. Another new tweak will let you add more character to your generals by letting them have a preferred tactic.

Tactics in Hearts of Iron IV are themed modifiers that kick in during combat, and some tactics act as counters to others. You can already set a national preference, but whenever a general gets enough experience to hit level five, you can also let them choose their own permanent preference from among your unlocked options. 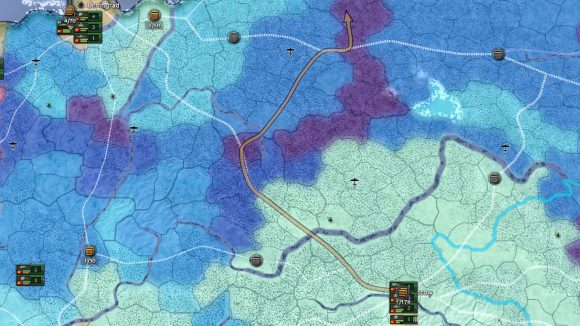 Much like with the national preference, this new choice simply adds a modest weighting to the chosen tactic so that it’s more likely to come up. You can even stack the same tactic between national and individual generals, although this could have consequences.

Last but not least, the strategic redeployment option is being changed so that it favours the use of railways. This makes it more authentic and – in theory – offers more sensible travel routes, although the developers note there will always be edge cases.

There’s reportedly not going to be a dev diary next week, but we’ll have an interview with former game director Dan Lind reflecting on his time as head of the Hearts of Iron IV project, so stay tuned.

At the time of writing, there is no known release window for Hearts of Iron IV: No Step Back.