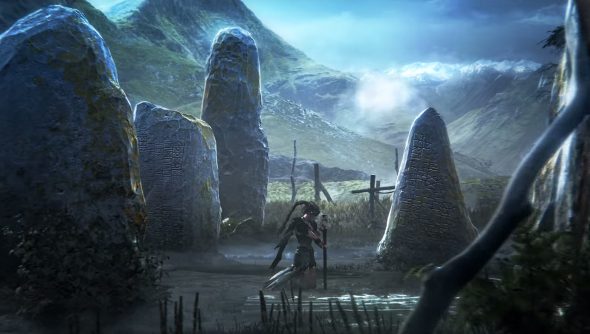 DmC and Enslaved developer, Ninja Theory, are working on a new third person hack-and-slash game, Hellblade, originally slated for PlayStation 4, but it’s no longer going to be shackled to Sony’s console. It’s coming to PC too, with some extra bells and whistles.

“I think PC offers us a level of freedom that we haven’t had before,” the studio’s creative chief Tameem Antoniades told PCGamer. “We’re looking at everything we do on this project and figuring out better ways of doing things compared to how the traditional AAA console model works.”

Antoniades reckons that, while consoles are mimicking the PC model, they are still “years” behind what platforms like Steam are able to do. He cites open betas as an example of things that are easier to do on PC compared to consoles.

“Playtesting is a huge thing for us. Usability testing, getting people hands-on to try things out, get feedback, then roll that back in and improve the game… it’s always been essential for us to do that. Not every publisher has let us, because of the secrecy that goes into consoles and publisher-based businesses. As an independent we have the freedom to do that.”

As well as getting important feedback from players, Ninja Theory’s goal is to get people adding to the game, not just through ideas that crop up during playtesting, but through mods as well. 4K support is also being considered by the studio.

Take a gander at the teaser trailer from last year’s Gamescom.