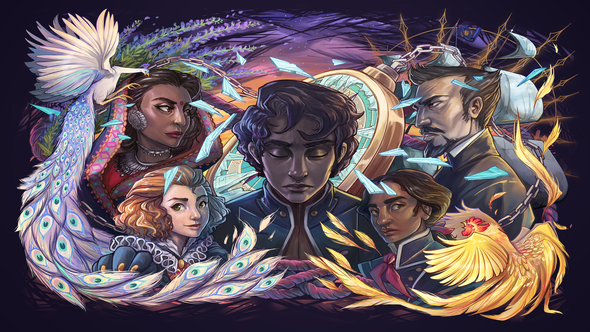 Update February 22, 2017: After last week’s ‘whoops’ ordeal, the Herald devs are now ready to publish their game on Steam.

Everything works out in the end. Herald’s devs, after completely forgetting to submit their game to Steam for approval ahead of their planned release date, have now done so. The game is ready to go and will be released in a few hours.

Strapped for cash? Perhaps you should check out some of these free Steam games.

It’ll be on Steam, Humble and newly-announced GOG. Launch time is at 6pm GMT, based on the Steam page, or 10am PST. At that time you can climb aboard the ship and head out for some adventuring.

The extra time has afforded the developers, Wispfire, time to push out a 1.01 patch and finish off Mac and Linux ports. They seem rather please to have the last week behind them.

Original story February 18, 2017: Lots of things can go wrong during the development of a game. Between writing code, designing levels, balancing audio and performing some good old fashioned testing, the sheer number of factors involved are nearly uncountable. But Dutch developers Wispfire have certainly added their own unique entry to the list by simply forgetting to hit the submit button on Steam.

In a rather tongue-in-cheek press release, the studio have apologised for the delay in the release of their new adventure title Herald, explaining that they were so caught up in ensuring the game was as flawless as possible that they forgot to submit it to Steam for review. The unfortunate result of this being that the acceptance process will take the title past its scheduled release date. However, early backers are not to fret as, in their own words “backers and people who pre-ordered will still receive their DRM-free copy”.

Herald is a choice-driven adventure game set during an alternate 19th century in which the west is united as a colonial superpower. The story branches off depending on how you play, meaning that different play-throughs will yield different results.

Herald unlocks on Steam on February 22 and you can check out the game’s store page right now for more info.