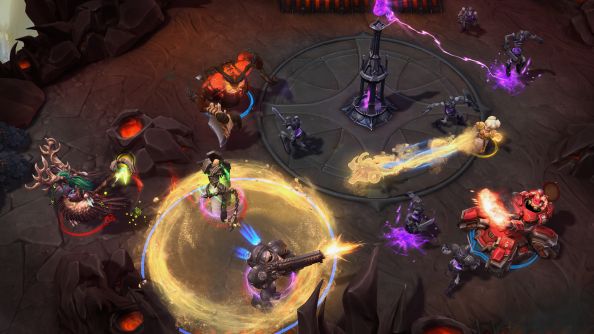 Dustin Browder’s enthusiasm is infectious. Today, in a hotel a few miles west of Blizzard’s Irvine campus, the Heroes of the Storm community is here to discover what’s coming to the game over the next few months. The announcements are well received: a pair of new heroes, and a much requested update to the game’s competitive matchmaking.

Get started with the best Heroes of the Storm heroes there are.

But what’s more interesting is the channeling of the community’s passion. The majority of community leaders are here right now: including streamers, pros, journalists and casters. Heroes is in an interesting place. It’s the first time Blizzard haven’t been able to dominate and own a genre. Blizzard won’t give numbers, but the game is beaten on stream viewership by Dota 2 and League of Legends while eSports teams have been slow to switch or create Heroes divisions. It feels like the game needs some boost: some way of accelerating growth.

What can Blizzard do? 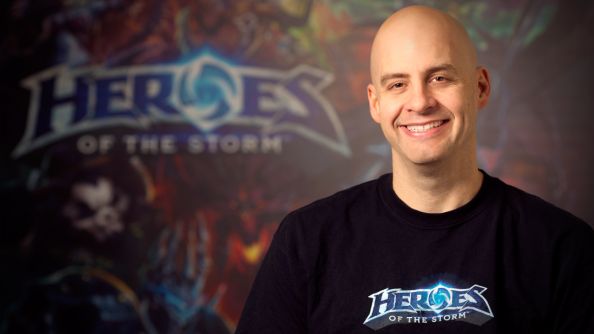 The first trick: making good new stuff. Heroes hasn’t been short of new characters for players to buy or earn – more than one a month over the past year. What’s striking is the quality of ideas and mechanics embedded in each. Chromie, billed as an “artillery mage”, is a gnome who can use time and slow motion tricks to split an enemy team. Medivh is a specialist scout: who avoids every obstruction by transforming into a raven and flying above the battlefield, while placing portals that gives every player a route to ambush the enemy.

Asked if the pace of hero release is sustainable, Dustin Browder laughs. “Oh yeah, we’re doing it. I would have so no a year ago, but we’re not crunching the team. It’s fairly sustainable.”

The larger question, then, is whether the pace of hero releases could overwhelm players? “The feedback we’ve had is that ‘we want more, faster’,” says Dustin. “I think that maybe if we start repeating ourselves, then maybe we should do fewer heroes and focus on making them unique.” Handily, the pace, too, prevents the metagame from becoming stale. “It definitely interferes with mastery but that’s always the goal, we want an easy to learn impossible to master.” 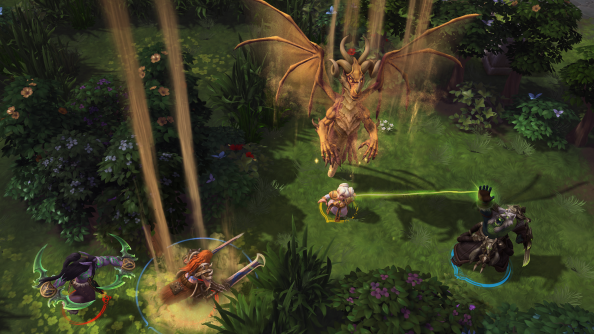 The second trick: get better at systems. While the content team appear to able to fire out new heroes on demand, the systems within the game lag behind.

The development team resisted introducing a way for players to ban heroes within matches, and it arrived perceptibly late. Similarly, the game’s original competitive ranking system as envisaged hasn’t been fit for purpose. It’s left high-end players left with little to aim for, while creating the impression of perversely harsh penalties for losses. It will shortly be thrown out, replaced with a system that more closely resembles Starcraft II.

Bronze, Silver, Gold and Diamond leagues will house the vast majority of players, each holding five sub-divisions. Then, a master and grandmaster league will house the super-competitive players and best of the best – with rankings updated daily and profiles viewable online.

The idea is to give everyone something to aim for. The game will reward players with portraits and mounts according to their highest placements within a season. And there’s an aspirational element too: whether it’s going up divisions within the gold or silver bracket, but also having the master and grand-master roles for leading members of the community. 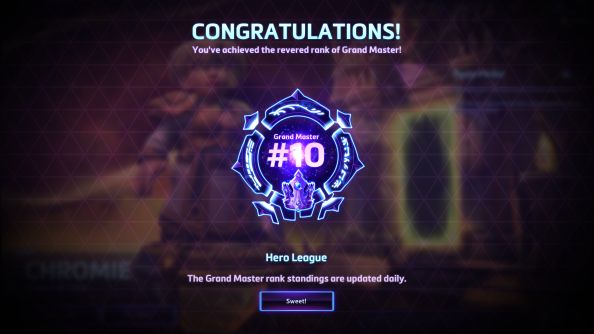 This is the third ranking system the game has used. For this, Blizzard went back to basics. “It needs to be truthful, it needs to be about skill and it can’t be inflationary.” Dustin thinks the new system will give players a little more time to think about their games. “We’re hoping this will make it feel a little more stable, you’ll feel more in control. If you’re on a losing streak, you’ll understand what’s happening, that this next game is really important, it’s 2 am, maybe come back tomorrow.”

There is an elephant in the room: none of these changes, in isolation, feel like they can accelerate Heroes. The players will come: but not for a specific hero, or a new ranking system. They will come when the pro-circuit, the promotion on Twitch, and the game is ready, and probably only if Dota 2 and League misstep.

Dustin understands that the league system is coming in late. “I wish features like this had gone in sooner but we never were going to be that fast, we’re getting faster, I wish the season happened way sooner, but it didn’t and it’s happening now.” 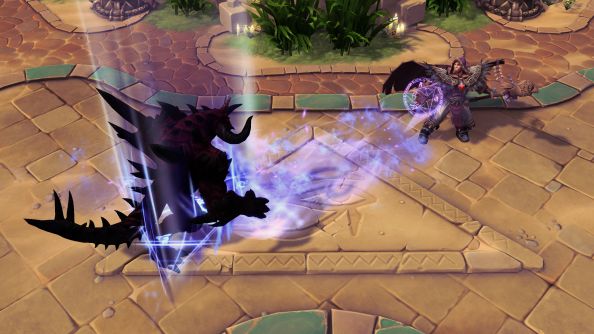 And even if Heroes isn’t the biggest game in the genre, it’s still a very special case of a game development team doing things according to what’s right, rather than what’s most expedient. “My expectations were always to make a game that wasn’t shameful to Blizzard,” laughs Dustin. “I didn’t want it to be that game where people looked at it and said hey I played that Blizzard game and I think they’ve lost their touch.”

The effort continues. “There’s no end point, no point where we get a medal and then walk away. We get to keep fighting for our players and for our game forever.” Success isn’t necessarily bigger numbers. “I am so proud. I love the team, I love the game, I love the community that we get to be a part of.”