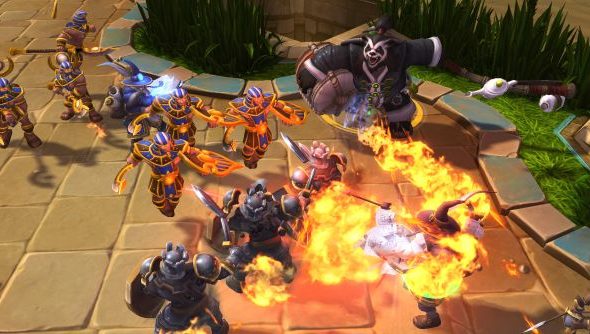 Welcome to the Nexus! Not the Skyrim Nexus, or the Google Nexus, but the Nexus Nexus – Blizzard’s multiverse of embattled characters sourced from StarCraft, WoW and Diablo.

Heroes of the Storm, the gateway drug to the MOBA, is now open for testing to one and all.

The HotS player pool has gradually expanded over the course of its technical alpha and closed beta phases – to the point where it now has a hyper-active community ready to welcome new players before the game officially launches on June 2.

This is how MOBAs are released these days – by the time Valve launched Dota 2, duplicate beta keys were clogging up inventories and the game was already the most-played game on Steam by a large margin.

So long as you have a Battle.net login, you can download Heroes of the Storm immediately. Blizzard recommend watching this crash course while the code makes a nest on your hard drive:

I’d recommend our Nick’s Heroes of the Storm beginner’s guide.

Nick and Tim declared Heroes of the Storm a “triumph” last year – does that match up with your own experiences in this most approachable MOBA?