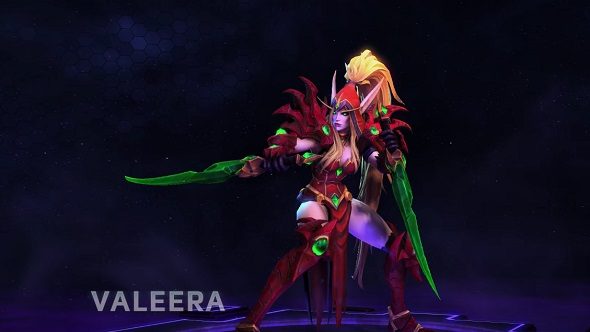 Sit down, relax, and enjoy a cup of Thistle Tea. You'll need your energy.

All her abilities are seemingly built around flanking and using guerrilla tactics, closing ground with her Sinister Strike, vanishing with, erm, Vanish, delivering quick damage with a Blade Flurry, attacking under the cover of a Smoke Bomb, and more.

There are also a bunch of skins, with Valeera getting a Master skin and a Demon Hunter skin. There’s also Lunar Li-Ming, Monkey King Samuro, and they come with some themed abilities and themed mounts, such as Monkey King’s Nimbus Cloud.

Check the video out above.