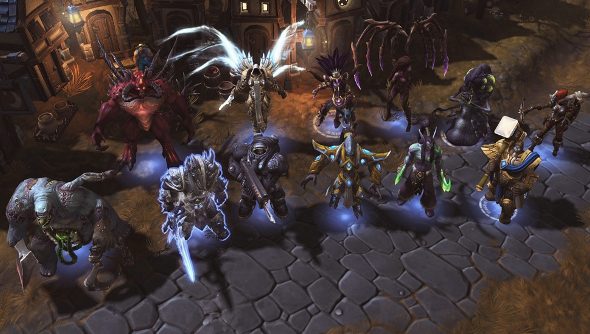 In news that will likely surprise no one, Blizzard’s new ultra-popular hero brawler Heroes of the Storm will be the focus of a huge new tournament this year. The world-wide competition will feature regional tournaments in the Americas, Europe, China, Korea, and Taiwan, before concluding in the World Championship event at Blizzcon this November.

It’s a huge competition for Blizzard, with a total prize pool of $1.2million in cash and prizes, with $500,000 awarded at BlizzCon. The team that takes away the championship title will leave with $200,000 in their pockets.

The Road to Blizzcon events will start later in May with a tournament in China. Following that will be similar events in Americas, Europe, Korea, and Taiwan. The Road to Blizzcon will filter every competing team down to the final eight best teams, who will compete for glory at Blizzcon on November 6-7th.

“We’re excited to kick off the inaugural Heroes of the Storm tournament series, and we can’t wait to see the best teams start to distinguish themselves in battle,” said Mike Morhaime, CEO and cofounder of Blizzard Entertainment. “With the world championships for StarCraft II, World of Warcraft Arena, Hearthstone, and now Heroes of the Storm underway, 2015 is shaping up to be a great year for eSports fans.”

More information on the tournament will be made available on the Heroes of the Storm website in the coming weeks.