Deckard Cain, the last Horadrim, is now live in Heroes of the Storm. You can take a look at his model and his first alternate skin at the website, or read on for a breakdown of his abilities.

Diablo’s Deckard Cain is the best character in the entire Blizzard pantheon, and there’s nothing you can do to change my mind. Finally, Blizzard themselves have realized the opportunity they’ve been missing, and will at last bring Deckard to Heroes of the Storm. He even has a heroic ability called “Stay Awhile and Listen,” which is so perfect I can scarcely fathom it.

The Last Horadrim will soon join the Nexus as a support hero, built specifically for area denial. Here are all his abilities.

And here’s the full list of Deckard’s talents, courtesy of Inven Global.

Blizzard have also previewed the first alternate skin for the new hero, with Wastewalker Deckard. 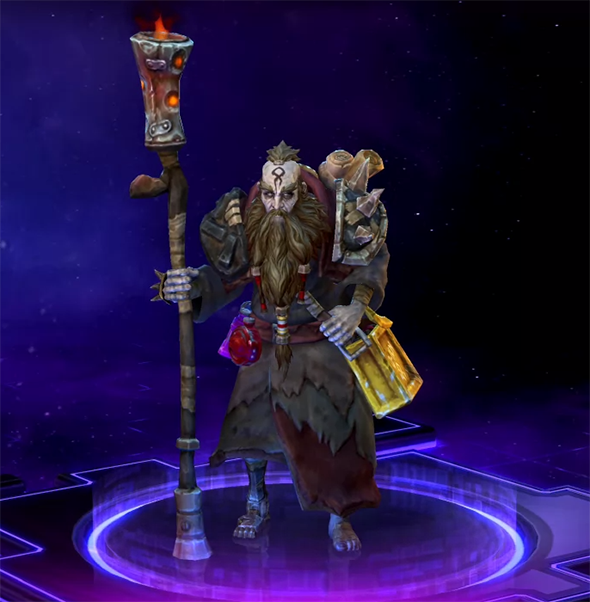