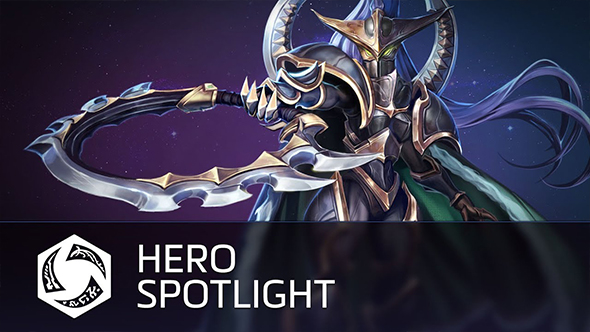 Update, January 26: Blizzard have unveiled Maiev’s abilities in Heroes of the Storm.

As they teased yesterday, Blizzard have now revealed Maiev’s hero spotlight video, running down all the new character’s abilities. She’s built for taking on multiple enemy heroes at once, and will be especially effective against high-mobility enemies, including Genji. You can see a full list of her abilities below.

Original story, January 25:Warcraft’s Maiev Shadowsong has been a rumored addition to Heroes of the Storm for years, and it seems that those rumors are finally about to come true. Maiev’s been confirmed by way of some increasingly obvious Twitter teases, and her hero spotlight video has been announced for release tomorrow.

According to the Battle.net client – log in and you’ll see it – Maiev’s hero spotlight will be shown tomorrow after the first HGC EU match. Until then, you’ll have to be satisfied with the tiny glimpse we’ve got via the HotS Twitter.

“The scum that pollutes this realm will be purged!” pic.twitter.com/sEDpySiM4a