Dreaming of competitive Heroes of the Storm but not quite qualified for the Heroes Global Championship? Blizzard have just the thing for you, with a new tournament featuring the best non-HGC players in Europe called the Nexus Games.

If you’re still looking for your Dota-like, check out the best MOBAs on PC.

The tournament begins November 14, and will feature 16 teams each representing a European country. Players will be selected by Blizzard, but a variety of qualifications will determine who gets in. Selections will be made based on Hero League performance in Season 3 2017, with a minimum of 75 games in the season played. (A positive account standing wouldn’t hurt, either.) Five players will be chosen from each participating country. 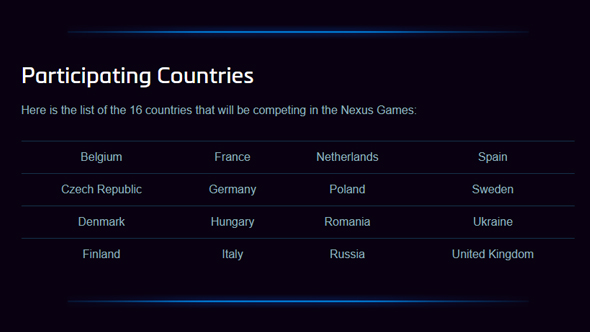 The tournament will be played in two phases. The group Phase will consist of four groups of four teams playing best-of-three matches in a round robin format. The top two teams from each group will then move on to the Playoffs, which will be a single-elimination bracket with best-five-rounds.

Details on who will make the invitational and the specific tournament schedule will be announced following BlizzCon. For full details and rules for the Nexus Games Europe, check out Blizzard’s official announcement.