Heroes of the Storm’s hero rotation element was leaked a while back, but now Blizzard has clarified exactly how the rotation will function in a recent blog post. As well as breaking down hero rotations, Blizzard dropped some information on hero customisation, mounts and how players will earn experience.

Every week, starting on Tuesdays, players will be able to choose from five free heroes in the weekly rotation. Upon reaching level 7, an extra slot will be unlocked, putting the total at six free heroes every week. 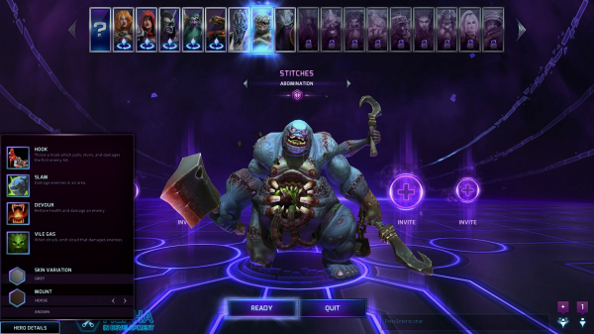 These heroes will also be available to purchase, which can be done through in-game gold, earned by completing quests and dailies post-level 5. Before purchasing them, there will be an option to take them for a test drive.

The “Try Me” feature can be used for any hero, regardless of whether or not they are in that weekly rotation. This trial won’t allow players to use the hero in regular match, rather they are restricted to closed custom maps. This does, however, mean that players will be able to tweak the settings of the map to test the heroes in different situations.

Heroes can also be bought with real-world currency and unlocked through other means, such as pre-ordering Diablo 3: Reaper of Souls, which nets you Valla the Demon Hunter. 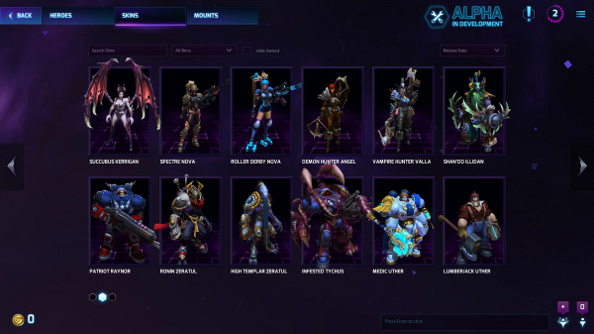 Skins and tints will be available for all heroes, unlocked through play and through purchasing them. Each skin will have two extra tints on top of the heroes vanilla tint, with the two extra ones unlocking through completion of hero quests. The ridiculous murloc skin for Diablo is undoubtedly going to be a favourite.

Mounts, which all players will have, can also be customised. Each player starts with one free mount and a free tint, with at least three more being available. New mounts will require players to drop real money, with a unique mount being offered to players who spend cash during the alpha and beta phases. 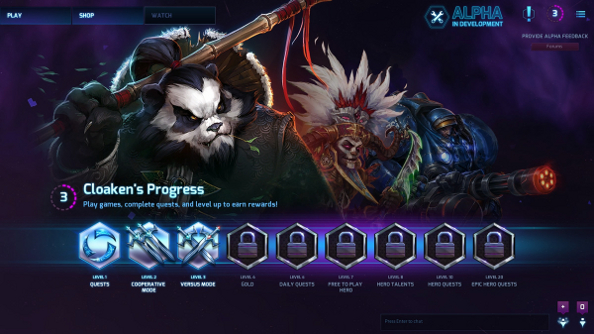 With the technical alpha getting ever closer, Blizzard’s also put together a preview of what you can expect from it. The in-game shop, progression, game modes and the tutorial are showcase.