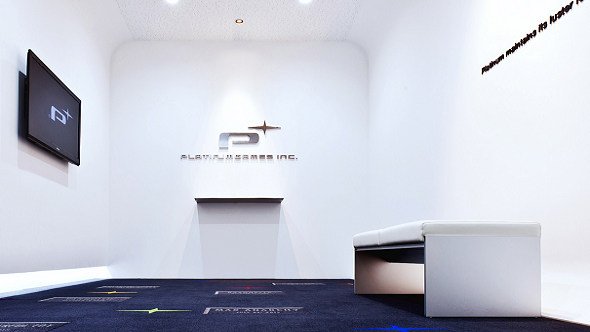 Action game developers PlatinumGames are synonymous with Hideki Kamiya, a larger-than-life game designer who’s best known for making Devil May Cry and Bayonetta. If you don’t know him from those, you may know him as that guy who blocked you on Twitter for asking a question he’s already been asked by someone else. He’s a character. He’s also now the vice president of Platinum.

Expect Platinum to show up in our list of upcoming PC games.

It’s welcome news, considering the studio recently had a big first-party Microsoft game cancelled. With Kamiya heading up development on that dragon-filled RPG, Scalebound, he certainly felt the impact of that cancellation, so it’s good to see that his studio are still fully behind him.

“For the fans, an apology is really all that I can offer,” says Kamiya of Scalebound’s cancellation, via IGN. “I’m terribly sorry. The staff here at Platinum, the creative team at Microsoft, there were a lot of people who worked on this game and tried to make it special. I feel a lot of weight for not being able to have had something come from their efforts.”

Kamiya says that time wasn’t a complete waste, however, as the learning experience was valuable. For now, they’re looking forward, with multiple projects on the horizon. Kamiya has even been pitching a new game to the team, one that “you will know instantly that it came from” Kamiya.

“We enjoyed working on Scalebound and we want to sort of continue to explore that type of new genre,” says studio lead Atsushi Inaba. “At the same time, you know, were we to continue Bayonetta, we have a certain fan base that really wants to play that kind of game, and if we were to develop that we’d want to give them the experience that they’re looking for.”

So expect more pure action games from Platinum in the future, but don’t rule out more RPGs like Nier: Automata and Scalebound. Whatever does come, one thing is for sure: it’s probably going to be more Kamiya than ever.

But what will the game be called? I’ll leave the answer to Kamiya: