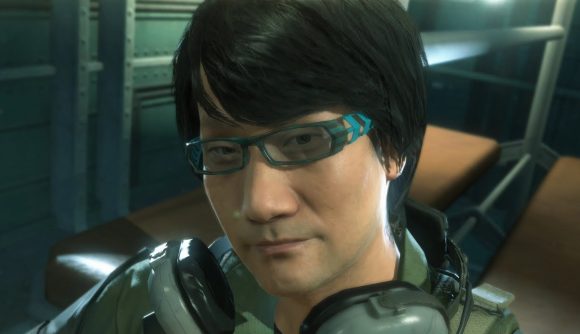 Metal Gear director Hideo Kojima has been taking straightforward military thriller settings to the wildest places imaginable, and Death Stranding looks like it’s going even further off the beaten path. (Though whether that path includes a PC release remains to be seen.) The director isn’t keen to follow trends, and some comments about the rise of battle royale got a big reaction from fans at a San Diego Comic-Con panel.

“The easiest way to make money is to make a game where everyone is on an island trying to shoot each other,” Kojima says (via Patrick Shanley). “I don’t want to make that.” The obvious dig at the Fortnites and PUBGs of the world got big applause from an audience which was there to learn more about a story-driven single-player game.

Now, if Kojima were to make a story-driven take on Battle Royale – as in the film – I’d certainly be on board. A couple of Kojima’s previous Metal Gear games have been clear attempts at aping other popular titles, especially the Monster Hunter-inspired Peace Walker – though you could potentially blame Konami for that.

More pertinently, Kojima took the opportunity at the panel to run down Nicolas Winding Refn’s character, Heartman. He dies every 21 minutes and takes his time on the other side to look for his family.

So yes, definitely a Kojima game.