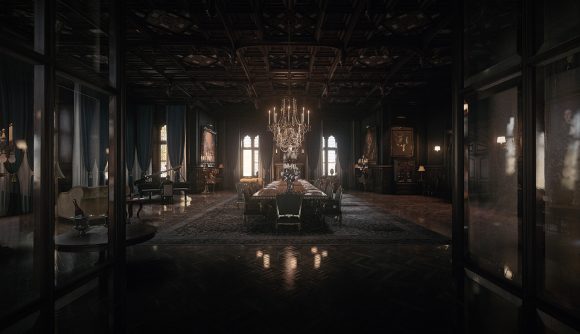 Benchmarking your PC is something everyone loves to do after picking up the best graphics card or best gaming CPU, reassuring themselves that it was money well spent – after all, you’ll want as many frames as possible when stepping into the shoes of your favourite bald, barcoded assassin once again. As we explore in our Hitman 3 review, it’s not just the game that’s great but its interactive benchmarking, which is both an impressive feature we haven’t seen before and something we hope to start seeing in more games.

Traditionally, benchmarks in games follow a set sequence of events that give a glimpse at how your gaming PC build will handle the game. Although usually a better indicator of game performance than synthetic software like PassMark, it’s still not exactly real-world testing.

For its latest game, IO Interactive has lived up to its name by creating an interactive benchmarking experience. You simply load into the second mission of the game’s environment, Dartmoor, where you can wreak havoc on items in the environment with a selection of weapons that each have infinite ammunition. If you really want to push your PC, you can press the big red button to spawn waves of guards to make the environment even more chaotic.

Throughout this, average, maximum, and minimum FPS are being recorded, just like you’d see on a normal game benchmark, alongside how many particles are on screen at any given time. Since pre-defined benchmarks can often net much higher frame rates than you’d see in-game, we love being able to benchmark our PCs on a title with real-world gameplay.

Of course, you can recreate something similar in all of the best PC games by running software like Razer Cortex with its pretty detailed FPS chart, and maybe we’re biased because it makes our jobs a bit easier, but having the tool baked into the game like this is something other developers should take notes from.

Can you run it? Check the Hitman 3 system requirements 2021 on PCGameBenchmark.