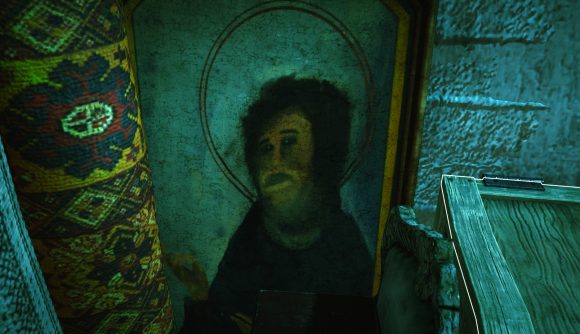 Ecce Homo – translated as ‘Behold the Man’ – or as it’s more popularly known, Potato Jesus, might just be the most famous piece of art of the past decade. A very bad 2012 restoration of an otherwise unremarkable religious fresco from the 1930s catapulted it to fame, and a long-overlooked easter egg in Hitman was among the many memes to result. It looks like the painting is back in Hitman 3, as well.

In the process of putting together our Hitman 3 review (give that a read, by the way), Jordan discovered that Potato Jesus is now hidden in an underground nightclub. Apex Predator, the third main mission of the game, is set in an industrial zone in Berlin where, among other things, you can get yourself into a party in a disused factory.

You can head behind the main stage of the club to find the owner’s office. There, piled under a load of junk in the back of the office, is the Potato Jesus mural which once hung in Sapienza. I like to imagine someone conning said nightclub owner into purchasing an ‘extremely valuable’ work of art, which shall now sit for all time in a dingy office.

The world didn’t really take note of the original Potato Jesus appearance until years after its original appearance in the Sapienza level, but now we count it fondly among the best easter eggs in games. It’s good to see IO Interactive keeping the legend of Potato Jesus alive. 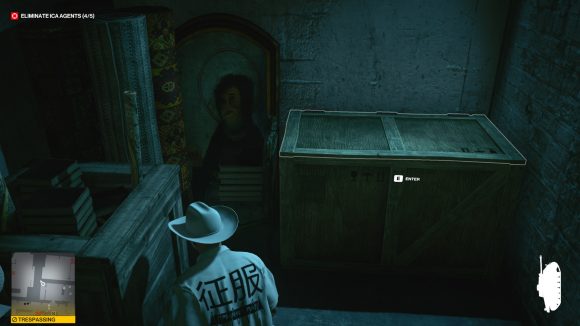 For more of the best stealth games on PC, you can follow that link.