The sixth and final episode in the latest Hitman game will unlock in just a few minutes. Specifically, you can play it at 3pm Central European Time (CET), which is 2pm in the UK, or 7am Pacific. Along with your main course of Episode, you’ll get a mandatory side of Patch, with various nutritious bug fixes.

Need more emergent gameplay? Check out our list of the best sandbox games on PC.

In a news post on the Hitman website, developer Io Interactive announced that the game’s servers went down for maintenance this morning, during which time you’ll have received a mandatory update and the option to download Episode Six, if you’re eligible. Io estimate that both updates will total between 12-14 GB in size.

You can play the new episode when server maintenance ends, which is scheduled to be 3pm CET, but Io “hope it will be earlier”, so there’s a chance you can start assassinating before then.

Episode Six will take you to Hokkaido, Japan (as opposed to Hokkaido, Shropshire) for a mission called Situs Inversus. Io say it will be “the culmination of everything players will have learnt in terms of both gameplay and story.”

“It was a brave decision to go fully digital episodic with Hitman, fundamentally changing how we make the game, and for us it has been a major success,” says Hannes Seifert, studio head of Io. “This is only the beginning for our every expanding World of Assassination.”

Situs Inversus is set in the grounds of a private hospital and resort, where high technology fuses with traditional Japanese beauty. Highlights include Zen gardens, hot springs and a sushi restaurant. For more mission details – as well as what Situs Inversus means (and how’s that for clickbait) – click here. 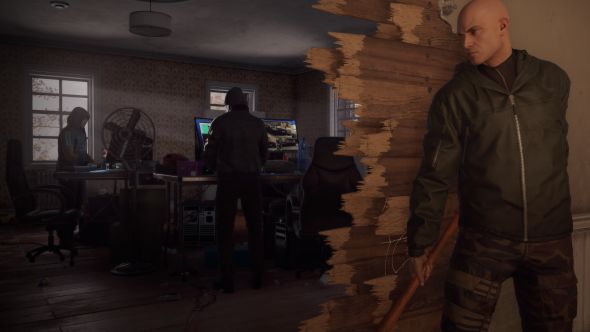 As for the patch, the post lists a range of bug fixes and quality-of-life adjustments to the UI. Here are a few highlights:

The post concludes with a summary of Hitman’s content in the future – just because the final location is about to be added doesn’t mean Io have nothing else planned. Elusive Target number 13 will be added to the game tomorrow, and more live content is coming throughout November: “Elusive Targets, Escalation Contracts, Featured Contracts and Challenge Packs are all in the pipeline.”

Hitman’s Steam page is here, where you can grab the complete season for £39.99 or the prologue and first episode for £10.99. Individual episodes are £6.99 apiece but require the base game to play.