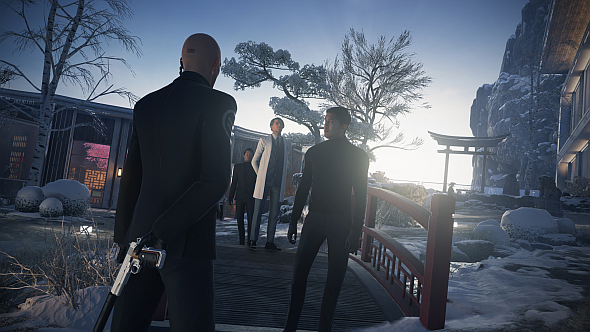 Update, November 17: Hitman’s first elusive target has returned to the game today, and will continue to be available until November 17.

Hitman’s elusive targets are returning to the game, and the first of those targets – the Forger, Sergei Larin – is available now. The contract will be in the game for the next ten days, which is much wider window than the original three day run back in May 2016.

If you missed it, this is a great chance to get involved in Hitman. We suggest you take it – here’s our review.

The rules remain the same, and if you die in the mission your chance to complete the contract is gone forever. So yes, if you screwed up the contract the first time, the second round won’t give you a second chance. This is purely for those who missed the contract altogether the first time.

Completion of elusive targets still counts toward unlocking unique outfits for Agent 47. Up to 11 outfits are unlockable once you’ve completed certain numbers of targets, completed targets in each location, and managed silent assassin ratings. Be the best assassin you can be.

Hitman: Game of the Year Edition releases very soon across all platforms, and today Io Interactive have offered up far more detail on what to expect from both the expansion and the free updates coming alongside it.

Maybe the most significant of these updates are the return of the game’s previous batch of elusive targets. The Forger, Sergei Larin, returns November 17 for ten day stay. You still won’t be able to take another shot at a target you botched during the initial run, of course, but you can take on the ones you’ve missed altogether. If you completed these targets during the initial run, you’re still special – you’ll get up to three special coins for attempting a target, completing a target, and getting the silent assassin rating.

On top of the Patient Zero mini-campaign, the paid GOTY edition update will include three new escalations, three new weapons, and three new outfits for 47, letting him dress up as a clown, a cowboy, or get extra sneaky in the pure black raven suit.

You can check out the full list of updates here. It all seems to make for an excellent reason to revisit 47’s latest adventure.

Original Story, October 24:Hitman is getting a game of the year edition, to be released digitally on November 7. It will include all the content in the game’s first season, as well as a new mini-campaign and a raft of features and enhancements. Developers Io Interactive will also reactivate the game’s elusive targets, so you can clean up any you missed.

Hitman: GOTY includes all seven locations, all bonus missions, and all challenge packs from season one, plus a revamped UI, new escalation contracts, new lighting and graphical enhancements, new features for contracts mode… and a clown suit.

Excitingly, there’s also a new ‘Patient Zero’ mini-campaign in which you’ll race against the clock to prevent the spread of a global pandemic. It’s comprised of four missions, each set in reworked locations from the original game. Io say to expect “a few surprises.”

For new players – or veterans who got a bit lazy – Hitman’s elusive targets will make a return, starting in November. These were time-limited targets which you could miss or even permanently fail, and you only get a second chance in the former case: “if you’ve already completed or failed an Elusive Target, that record still stands and cannot be altered, but you can complete any others.” Doing so will net you cosmetic rewards.

This is the first substantial content Io have shipped as an independent studio since their rocky split with former publishers Square Enix. We hope it’s but the first of many.

Hitman: GOTY will cost you $60, but if you already own the original game, you can upgrade and get all the new content for $20. All players will also receive a free patch to coincide with its release. For more details, check out Io’s blog.