That’s your bald pal and pragmatic assassin, Agent 47, back in action tomorrow. His suit’s been pressed, his gun’s loaded and he’s got pockets full of change waiting to be used as distractions.

Not a fan of being a lone wolf? Here’s our list of the best co-op games on PC.

But is Agent 47 at his best on PC? Or is his suit a little faded, his tie a bit wrinkled? Read on to see what we’ve made of the PC port.

Hitman’s a good looking assassin sandbox, but this first part of the incomplete game doesn’t do much to impress us with its visuals. Two thirds of the missions are set in what is essentially a studio, with a fake boat and then a fake military base – both of these training missions were in the beta – but when you get to the fashion show in Paris, a mission full of striking, gaudy Parisian architecture and heaving crowds, that’s when you get to see Hitman showing off.

It’s one of the first DirectX 12 games, promising to take some of the strain off our CPUs, giving us improved performance. Unfortunately, DX12 doesn’t play nicely with things like the Steam overlay or FPS counters like FRAPS and MSI Afterburner, making it very difficult to judge performance outside of the game’s limited benchmarking feature. 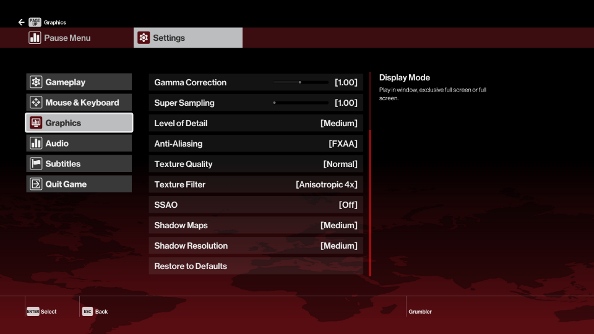 So let’s see how it performs with DX11 first. But before we do, we should delve into the graphics settings. Hitman doesn’t come with any presets, unfortunately, so you’ll need to fiddle with and tweak the reasonably long list of graphics options. You’ll be able to play around with the level of detail, texture quality, super sampling, ambient occlusion, anti-aliasing, shadow maps and shadow resolution. Most settings go from high to low, though a couple also have an ultra option. The anti-aliasing choices are FXAA and SMAA, while you can choose between SSAO or HBAO for the ambient occlusion.

I often moan about the lack of explanations accompanying graphics options, but Hitman does actually reveal what changing these settings will do, and if they’ll affect the game’s performance. 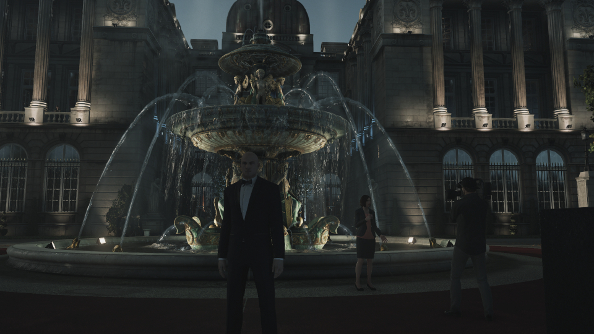 For ultra, I cranked everything up to their maximum settings and then watched as Hitman became a slideshow. That’s the fault of the super sampling, which renders the game at a much higher resolution than your monitor and then downscales it to fit. The game looks lovely and absent any horrible jaggies, but at its maximum, it’s definitely for people with top tier gaming rigs.

With super sampling off, the frame rate goes back to a more reasonable rate, fluctuating between 40 and 90, though those are the extremes. Generally it sticks around the 70 mark… until the crowds appear. When Agent 47 is surrounded by NPCs, the frame rate can plummet on the highest settings, as low as 30. Unexpectedly, however, performance is slightly poorer in the first mission – the fake boat – than the much more crowded Paris level, where it lingers around 50fps. 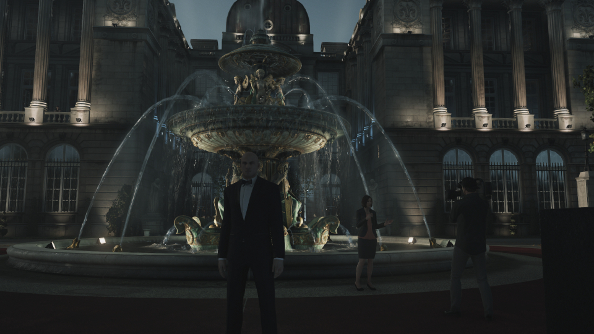 Now onto the cloest thing Hitman has to a high preset. Since only two options have an ultra setting, there’s not a huge difference between how the game looks, though I also reduced the anti-aliasing to FXAA and the anisotropic filtering to 8. In a screenshot you can see a slight loss of detail, but in motion, it’s very hard to notice.

Around 10 frames are gained mainly thanks to the reduction in shadow maps resolution. In crowds it bounces between 50 and 60fps, while outside of them the game can get up to around 90, but mostly stays at 70-80. 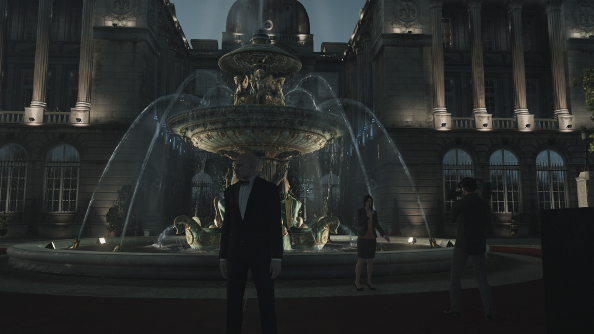 For medium, I kept the anti-aliasing and anisotropic filtering settings, turned off ambient occlusion and reduced everything else to medium. The most notable visual difference here is in the quality of the shadows, but the fidelity isn’t as reduced as you might expect.

There’s a big performance gain, however. Outside of crowds, a frame rate of 90-100+ is possible, while in smaller, empty rooms is goes over 140fps. If you’re wandering through thick crowds, it fluctuates between 60 and 80. The medium settings also make it clear what a hog shadow resolution is. Turning it down from high to normal gets us about 20 extra frames. 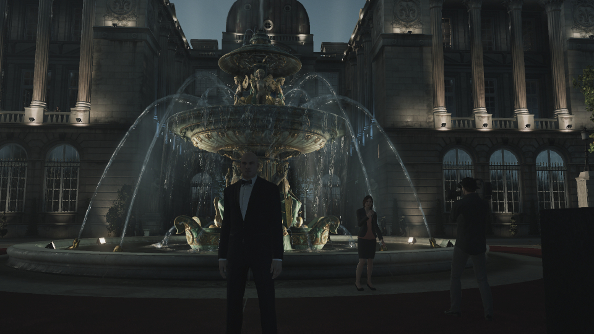 On the lowest settings, we get a lot more jagged edges and a dip in the quality of the small details, but the Paris fashion show, for instance, still looks gorgeous. The lack of AA, however, especially in motion, is a blight.

Even in extremely thick crowds, the frame rate only briefly dips below 70fps and can get up to 90fps. Far from these hustle and bustle, it rises to 120fps, and even more in small, empty rooms.

Since each of the three missions differ in size, scope and number of NPCs, the performance changes from area to area, but with some fine-tuning, it’s possible to get a graphics setting that promises good performance across all of them. For me, it was a mix of high and medium settings.

When swapping DX11 for 12, without a frame rate counter, it’s really hard to tell the difference. Once you get past 60, it becomes increasingly challenging to even guess what the frame rate is. In a CPU-intensive game where there are lots of NPCs and interactions, this is where you’d expect DX12 to have the greatest impact. But it’s just not that noticeable. 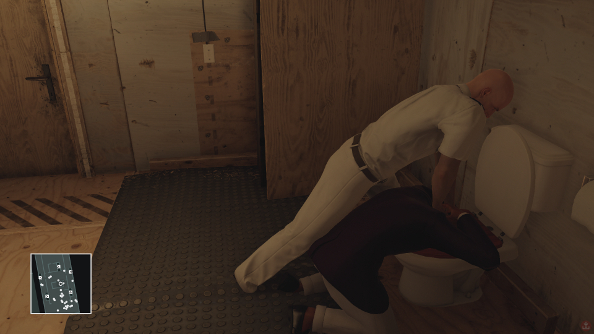 When using the in-game benchmarking tool, which tests the frame rate in a bunch of different scenes from the Paris level, there hardly seems to be a difference at all. For instance, on medium settings, the average frame rate is shown to be mid-80s with DX11. With DX12, it’s almost identical. In-game, however, this might be different. The average certainly isn’t consistent with the frame rates I was getting while playing. At the end of the benchmark, it also doesn’t reveal the results – you just need to watch while it’s playing.

Moving on from graphics, Hitman has both mouse and keyboard support and controller support. If you prefer the former, you can rebind the keys to your heart’s content, while controller users will be able to switch on or off aim assist, fast target, and invert both axis.

During the beta, I played Hitman on my big TV in my lounge, so I used my Xbox 360 controller. This time, I went with mouse and keyboard. My personal preference is the controller, simply because it means I can relax on my sofa, but either input method is as good as the other.

Hitman does require a lot of fiddling to get a consistently high performance. The lack of presets and the missions that dramatically change in scale and NPC numbers mean it can be a bit tricky to get it just right, but it’s definitely possible. It’s a shame that the benchmarking tool is a bit rubbish and that it remains seemingly impossible to get an accurate read on the game’s performance with DX12, but these are niggles that can be overcome if you don’t mind a bit of tweaking. It’s not a perfect PC port, then, but it’s still a good one.