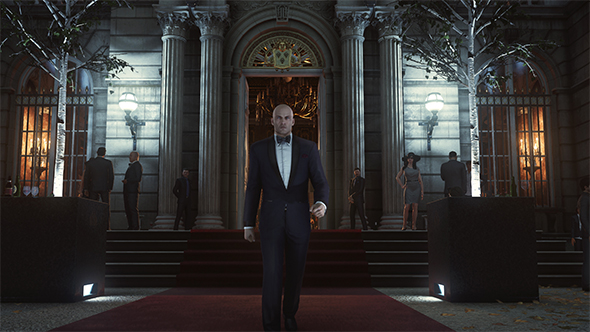 All our nightmares about the end of Agent 47’s career seem to have been for naught, as there’s plenty more Hitman in development across various media. Not only is Io Interactive’s working on two separate Hitman projects, there’s even a TV series in the works.

Check out all the best stealth games on PC.

Deadline report that the show is being produced in collaboration between Fox 21 and Hulu, and a pilot script is being written by John Wick creator and writer Derek Kolstad, who will also serve as executive producer alongside Adrian Askarieh and Chuck Gordon. Apparently “the intention here is to hew closely to the mythology of the perennially popular video game,” something the new series will hopefully be more successful at than either of the previous movies.

The report also says that “two more Hitman games are in development,” and it’s not entirely clear what that means. If I were to hazard a guess, I’d imagine it’s continued support of current Hitman content alongside the development of whatever’s next – though there’s no clue yet as to whether that means season two for the existing game or something altogether new, even though Io have confirmed more Hitman is coming.

Whatever the case, it seems Io’s split from Square Enix hasn’t been too damaging for the newly independent developers, since they’ve clearly got interest from outside the game industry and enough confidence to keep building new Hitman stuff.