The sequel to the beloved indie Metroidvania is journeying ever deeper into development, and while the Hollow Knight: Silksong release date is still set for a vague ‘when it’s ready,’ the developers at Team Cherry are still showing off some of the new features you can expect. Today, that includes a glimpse at some new enemies and two full songs off the expanding soundtrack.

Do not take that to mean Silksong is coming quickly, though. “We’re still going, building this (very large) game,” the devs write. “Our desire to keep building, and building, and building sure hasn’t diminished, but our timelines have stretched a bit both to account for all that exciting new stuff and to tie up everything else.”

For now, composer Christopher Larkin has released two new tracks from the upcoming game’s OST. You can give them a listen via Larkin’s Bandcamp. Lace is a pumping fight theme for one of your big rivals, and Bonebottom is lower-key track that’ll play in the game’s starting town. The original Hollow Knight had 26 music tracks, and 30 have already been composed for Silksong.

The devs have also showed off three new enemies – which brings Silksong’s foe count up to 165. The trio will show up in a late-game battle where they’ll all work together, and “members of a scholarly suite, former tenders of a dusty vault full of ancient knowledge.” 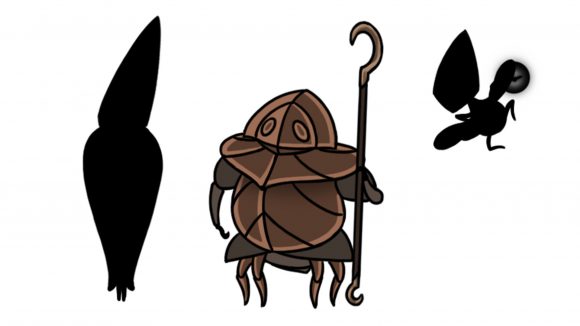 You can see more on the Team Cherry blog. Check out our big list of great platform games if you’re looking to fill the time until Silksong is finally upon us.