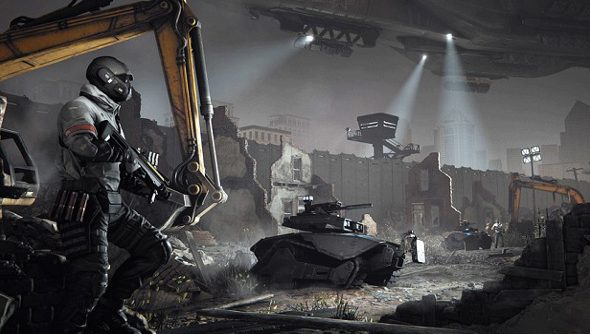 News that Crytek had dealt with their money troubles coincided last week with the sale of Homefront: The Revolution and its team to Deep Silver. But correlation doesn’t mean causation in this case.

Crytek CEO Cevat Yerli said that the company didn’t need to sell their promising new shooter to stay afloat – but rather made a strategic decision to focus on free-to-play games.

After months of reports that Crytek staff weren’t being paid on time, the company landed a revenue deal with a mystery new partner. It’s that agreement that’s secured the future of the Frankfurt-based Far Cry originators, not the sale of Homefront and Crytek UK.

“That deal would have secured Crytek’s future even if it would have added another 100 people on top of where we were before we sold Homefront,” Crytek head Cevat Yerli told Eurogamer.

The Homefront sale wasn’t a “pure commercial deal”, then, but a “strategic deal for focus”.

“We didn’t have to downsize,” said Yerli. “We didn’t need to sell Homefront or the UK office.”

Crytek began discussions with Deep Silver when their cash flow problems were at their worst. But even after signing up with their new partner, Crytek decided that offloading Homefront made sense if they were to make their new free-to-play strategy a reality.

“We didn’t see a reason why not to do the deal,” said Yerli. “It’s still better for Crytek and for Deep Silver and for everybody involved, because we can focus from top down and bottom up on making Warface, Arena of Fate and Hunt successful in the short to medium term.”

Is there anything happening at Crytek that you’re as excited about as Homefront: The Revolution? The company currently have no plans for the Timesplitters license they kept after selling Crytek UK to Deep Silver.