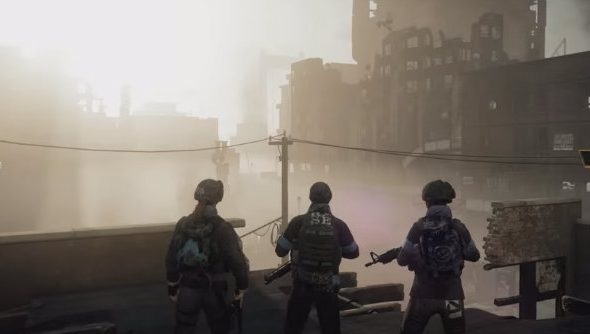 Homefront: The Revolution’s Guerrilla Warfare 101 trailer showcases the different approaches you can take to combat as a member of the Resistance, in both single-player and co-op.

There’s more shooting to be had in our list of PC’s best FPS games.

In Homefront: The Revolution, you’ll be facing a superior enemy in the Korean occupying force, the KPA. They’ll be better equipped, better trained, and in greater numbers, so the Resistance must make the most of their home turf advantage, turning the environment against the enemy and using hit and run tactics, chipping away until they even the odds.

So you’ll have options, then. Do you want to wait until night and sneak into an enemy camp with a silencer attached to your weapon, or would you rather attach a long-range scope and thin the enemies out from afar?

You can take this gun customisation further still, tweaking weapons so much that they become completely different – you can turn a crossbow into a flamethrower, according to the press release. Videogames!

One of your staples will be setting up ambushes. Lure patrols into an area rigged with incendiary and explosive devices, wait for the right time… Boom!

Have a look at all that in the serious new trailer below:

Homefront: The Revolution is coming this year.