So, you’ve got a nice shiny PC, and you’ve played a lot of nice shiny games on said PC. Ace! But wait, what’s that? You’ve heard the console kids next door talking about a game called Horizon: Zero Dawn? And you want to play it on your shiny PC? Aw, mate. I’m sorry to tell you it’s a PS4 exclusive – although, bee-tee-dubs, that may be changing soon. Still, I think I can help.

Although yes, Horizon: Zero Dawn isn’t on PC yet, there are some PC games which are pretty good alternatives. Do you like the look of Horizon because of its beautiful open world? Or perhaps because you want to hunt down giant robo-monsters with a varied range of equipment and tactics? Or hey, maybe you want to be a badass woman with a bow. Friend, no matter your motive, I have something in stock.

This, my absolute dude, is a list of games you can play instead of Horizon: Zero Dawn, but on the PC. Will anything be quite the same? No, because that’s how you get sued for copyright infringement, but I can at least give you some fantastic recommendations that excel in some of the same areas that Horizon: Zero Dawn does.

Will Horizon: Zero Dawn be on pc?

Yes! It will be arriving on Steam this summer. Check out the Horizon: Zero Dawn PC release date. In the meantime, here are some excellent alternatives to tide you over. 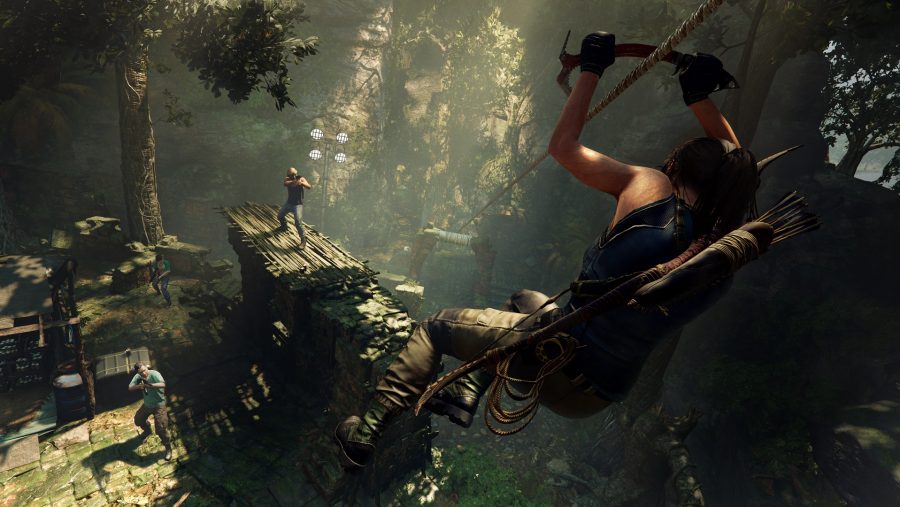 Let’s start with a pretty simple comparison: Lara Croft and Aloy. Both are women with bows, who can fight very intimidating enemies and come out on top. Both are just badasses you don’t want to let out of your sight lest you find it fatally occupied by an arrow, so the similarities here mainly relate to sharing a strong female protagonist with a bow. There’s a bit of hunting in both, too, and although Tomb Raider is more linear than Horizon: Zero Dawn’s open-world structure, the tense atmosphere and strong story are other things they have in common. 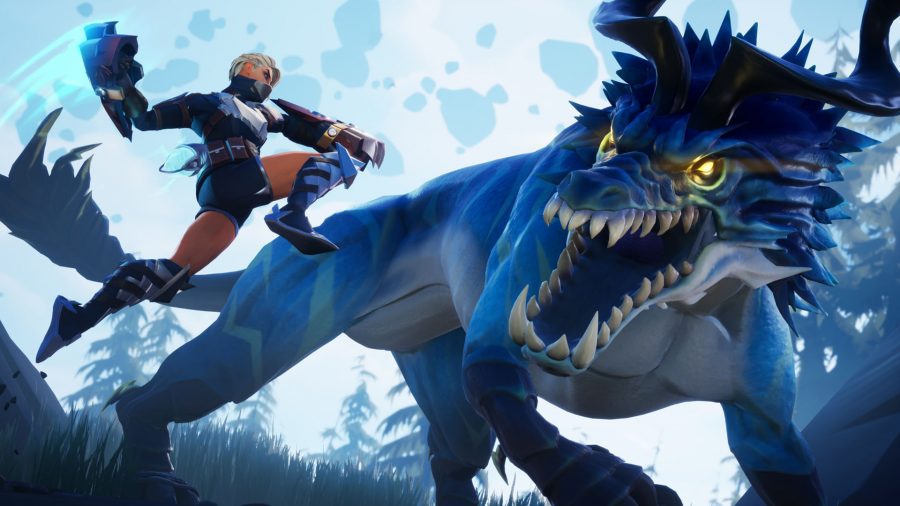 Maybe you’re into fighting big scary robo-monsters, but you’d prefer to play it for free and with some friends? Dauntless might be the Horizon: Zero Dawn alternative for you. It’s a free-to-play co-op RPG where you and other players hunt down and battle some baddies (the monster type, not the Instagram type).

The world may look a little more cartoony in Dauntless’ pastel-coloured art style, and you’ll be mainly hunting down organic monsters rather than mechanical ones, but the various biomes – especially the ones with tall trees and fields – give a very similar atmosphere to Horizon: Zero Dawn. And as an added bonus, the character is your own, so you get more autonomy in how you look and how you play. 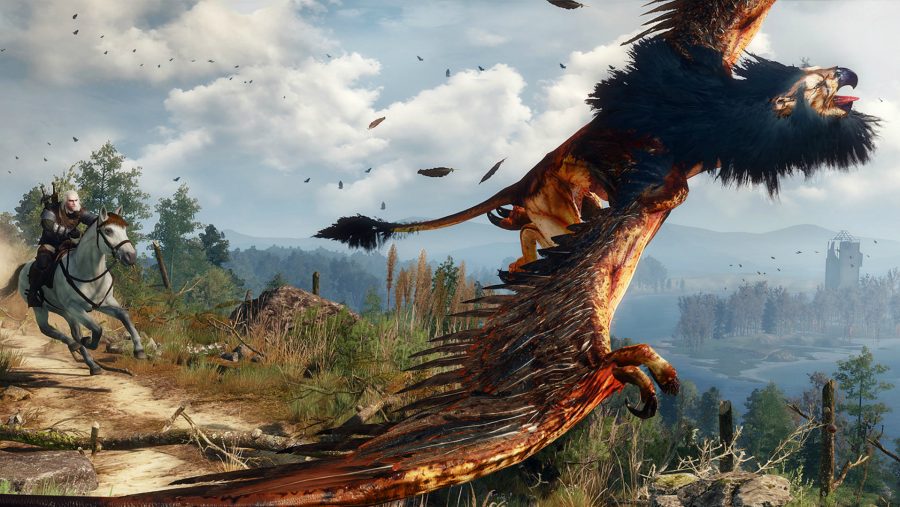 The Witcher III is on this list primarily because of slaying monsters, but also due to the meticulous way you go about doing so in its story-rich world. A Witcher’s job is to hunt and take down terrible beasts from djinn to dragons, from kikimora to striga, and in research and preparation is advised.

Aloy is a fierce hunter, but even she has to be similarly cautious when tracking her quarry. Overcoming a new adversary in Horizon: Zero Dawn means observing its weak points and movements, selecting the right ammunition, and following a particular plan as calmly and cleanly as possible. Geralt’s approach is similar as he sets about ridding a village of the local pest du jour, with each monster requiring a different set of bespoke tactics. Open worlds dripping with personality and story, mixed with thoughtful monster hunting, make The Witcher III and Horizon: Zero Dawn more similar than you’d think. 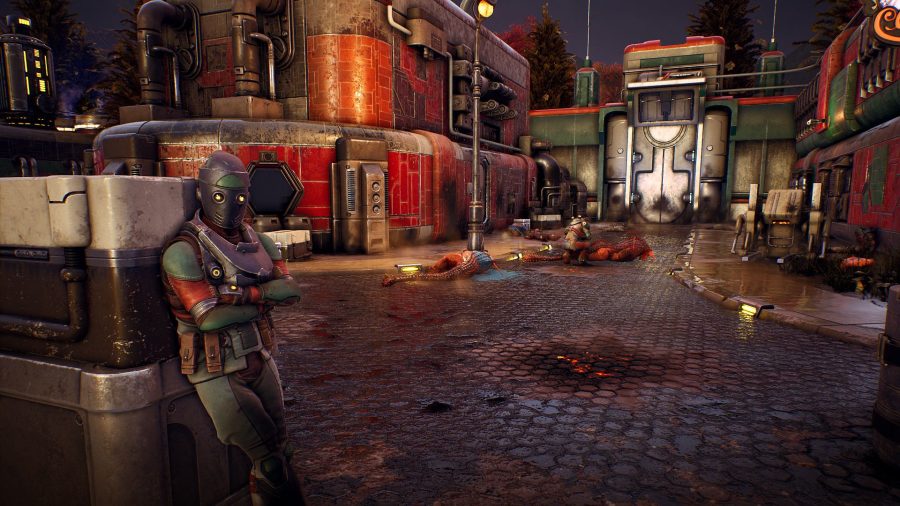 The Outer Worlds is here because of its futuristic elements. Horizon: Zero Dawn contrasts the new with the old, from the humans’ attire that recalls that of a Stone Age tribe to the – at first glance – primitive-seeming hunting style, with bows and arrows. Against this, you’re obviously hunting advanced robots, but you’ll also notice that you’re using intelligent, high-tech arrows.

The Outer Worlds is an open-world game with an inventive sci-fi aesthetic and interesting combat, but it also – as much as this sounds like an odd comparison – shares the theme of societal reformation. I know, I know: ‘we live in a society’, as the meme goes. But Horizon: Zero Dawn deals with a society that has fallen apart and is being rebuilt, whereas that of The Outer Worlds teeters on the brink of capitalist collapse. 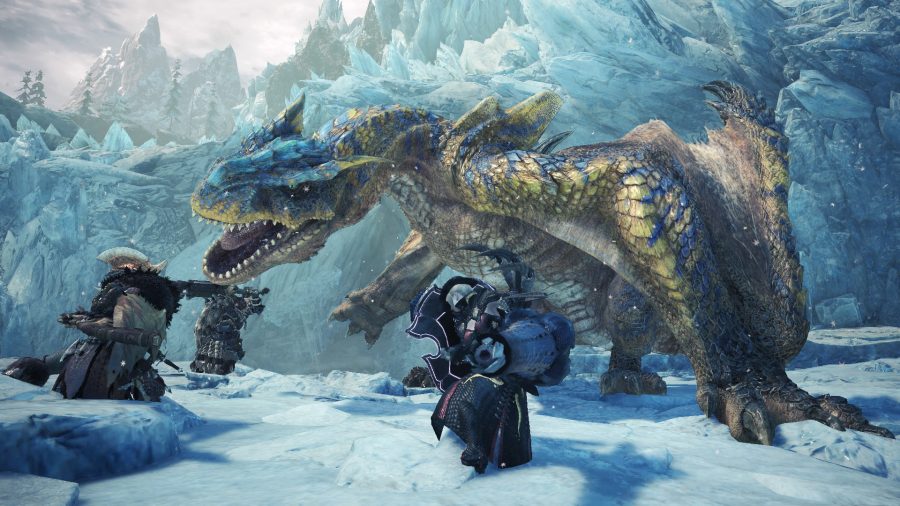 And now, back to slaying things. Monster Hunter: World, as the name suggests, is largely about hunting monsters – and more specifically, it boasts a huge range of towering dinosaur-like creatures for you to battle with. In fact, if it’s Horizon’s thrilling fights that you miss the most, Monster Hunter: World is probably the closest equivalent on this list.

If you’re not into maiming the terrifying beasts you can tame them and they’ll be on your side – sort of like a scary, sharp-toothed Pokémon who might even fight other monsters on your behalf once you befriend them. In Horizon: Zero Dawn, you can override some of the machines that you come across, and some of them you can even ride. That counter-programming only lasts for a limited time, though. It’s not real friendship – not like the bond you can forge with the nightmarish Barroth. Maybe it’s better to actually become proper friends with the creatures in Monster Hunter: World. 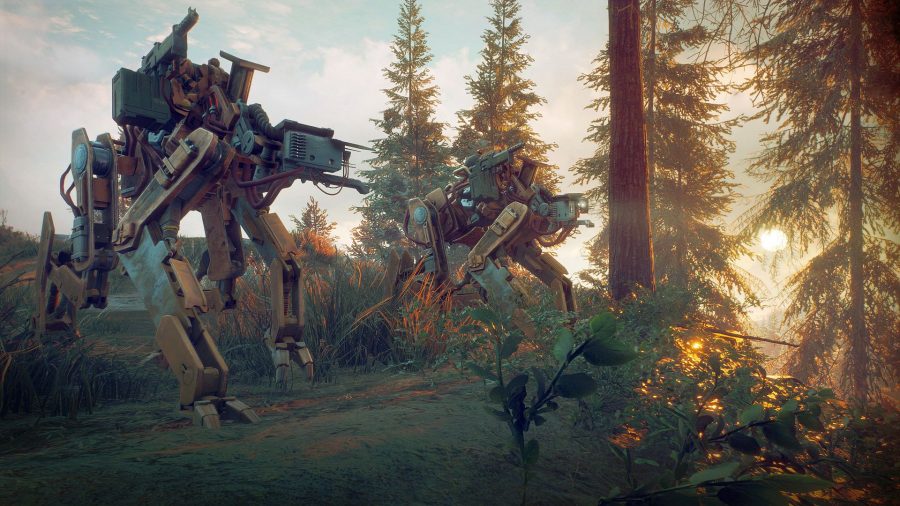 Generation Zero feels like it could be the precursor to Horizon: Zero Dawn. Everything is still pretty recognisably modern, as the game happens in 1980s Sweden, but there are big robots of unknown origin on their way to fight you and most of the locals have gone missing. You’ve got guns, 1980s style (mohawk optional), and it’s up to you to hunt down those robots.

Similarly to Horizon: Zero Dawn, these monster-mechs are intimidating. You’ll can find some you have no problem battling, and then others that are far more likely to stomp you out of existence. There’s the option of cooperative play and slightly more emphasis on stealth than Horizon, as well as a mystery element: why are these machines here, what did they do with the people, and how will you stop them? 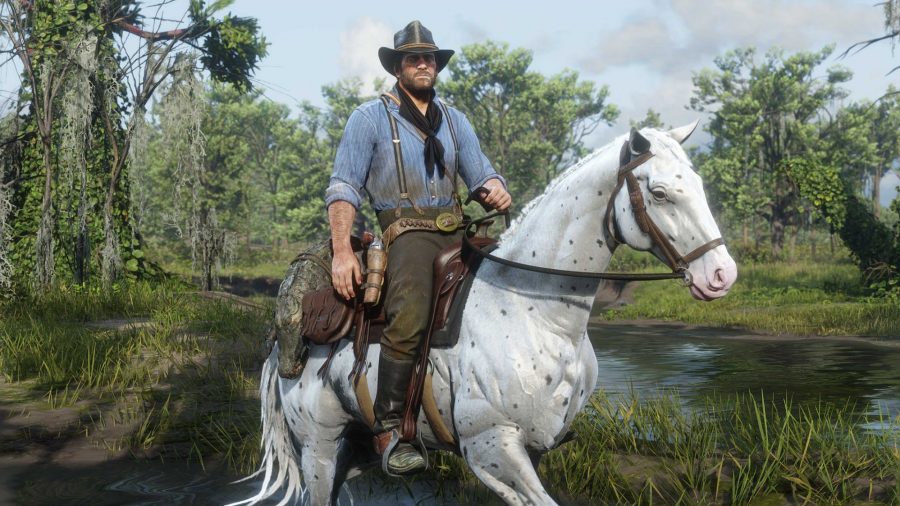 Red Dead Redemption 2 is on this list partly because of its aesthetics, partly because of its RPG elements, a sprinkle because of its hunting systems, and a pinch because I think Arthur Morgan and Aloy aren’t all that different. The spirit of not only trying to improve your life, but the lives of your tribe (or gang) is consistent between the two games. The monsters you face along the way are a little different, but the themes are strangely similar.

And then there is Red Dead’s breathtaking open world. Imagine hiking across the wilderness, flitting between trees with sunlight dappled on the ground. Twigs crunch underfoot, and in the distance, you can hear a brook babble. When you do this in Red Dead 2, you can almost smell the fresh air, even though you’re sitting in front of a screen in your musty office. And then there are the snow effects! Both these massive games capture environmental lightning in a bottle, so although Red Dead Redemption 2 and Horizon: Zero Dawn are set in very different times and with different gameplay focuses, they have more in common thematically and aesthetically than you might think.

Those are the games that you can play on PC instead of Horizon: Zero Dawn. As I said, none of them are going to be exactly the same, but all of them partake in its form to some degree. Work out what you want out of Horizon, and you should certainly find something on this list that nails that theme for you.