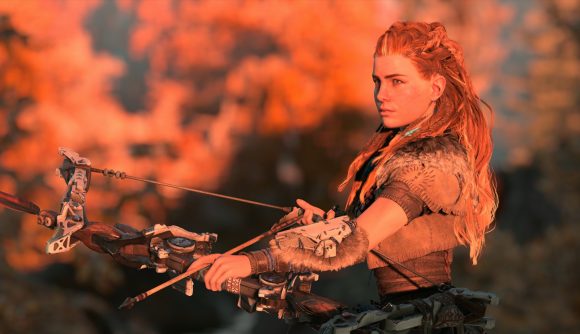 Horizon Zero Dawn, the PlayStation 4 exclusive, has been confirmed for a PC release “this summer”. In fact, the game’s Steam page is already live.

Sony confirmed the news on the PlayStation Blog in an interview with the new head of Sony Worldwide Studios and ex-managing director of Horizon developer Guerrilla Games. “I can confirm that Horizon Zero Dawn is coming to PC this summer […] There will be more information coming from Guerrilla, from the new studio directors [Michiel van der Leeuw, JB van Beek, and Angie Smets] pretty soon.”

The game’s Steam version will include the base game, the Frozen Wilds expansion, and some minor cosmetic packs. Little else is revealed in the blog post, but Hulst does say this move doesn’t necessarily mean every PlayStation title will come to PC in the future. “I think it’s important that we stay open to new ideas of how to introduce more people to PlayStation, and show people maybe what they’ve been missing out on,” he says.

“And to maybe put a few minds at ease, releasing one first-party AAA title to PC doesn’t necessarily mean that every game now will come to PC. In my mind, Horizon Zero Dawn was just a great fit in this particular instance. We don’t have plans for day and date [PC releases], and we remain 100% committed to dedicated hardware.”

A Horizon Zero Dawn PC port had leaked numerous times before, but this is the first time Sony has confirmed the news officially. The company has sort of released PS4 exclusives on PC via PlayStation Now streaming in the past, but Horizon will be the publisher’s first native port to home computers.

Other Sony-published PS4 titles like Death Stranding (published on PC by 505 Games) and Detroit: Become Human (now self-published by developer Quantic Dream) made the same leap – however neither Kojima Productions nor Quantic are owned by Sony. Guerrilla, on the other hand, is owned by Sony, so this is a particularly intriguing move. We’ll have to wait and see how it pans out.