Guerrilla’s robot dinosaur hunting sim is on the way to PC, and soon – the devs have confirmed that the Horizon Zero Dawn Steam release date is set for August 7, and it’ll hit the Epic Games Store on the same day. The studio has also provided a fresh 60fps trailer for the release, breaking down all the new features you can expect with the PC edition.

Horizon Zero Dawn Complete Edition on PC will be available at a price of $49.99 / £32.99 / €49.99. As the name suggests, this release includes the base game, the Frozen Wilds expansion, and a host of other cosmetics and items. You can pre-order now on both Steam and the Epic Games Store.

Today’s trailer showcases the game running at 60fps, and confirms that you’ll be able to disable frame rate limits entirely. You’ll also get expected PC features like ultrawide support and controller mapping, as well as improved visual effects including dynamic foliage and better reflections. Naturally, there will be a load of graphics options to customise your experience, too.

The PC release will also include a benchmarking tool so you can see the exact effect all those effects are having on your rig. 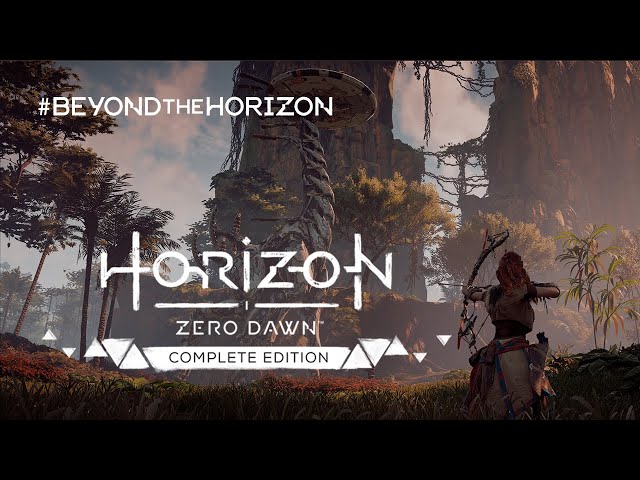 Horizon Zero Dawn hits PC just a month after the Death Stranding PC release date, so – incredibly – it’s a very good time to be both a fan of formerly Sony-published titles and PC gaming.