The Quakes, the Unreals, the original war shooters. These were the trailblazers of the pre-millennium, the cool kids of the ‘90s – pioneering FPS games that caused a teenage exodus from the streets as individuals retreated into the darkest corners of their homes.

No slither of screen glare could disrupt their sightlines of enemy players running around those corrugated corridors, asteroid surfaces, and sprawling battlefields that are now burned into the backs of their skulls. What happened to the great online shooters of yesteryear? You may have heard tell that Quake III Arena was working a zero-hours job scraping asbestos off pipes, and that the original Doom has been embroiled in a toxic three-way relationship with a pair of succubae, but our investigations show these rumours to be false.

The reality is that these shooters are alive and fragging; you just need to know where to look for them, and how to get them to play nice with modern machines. We’re here to show you the way.

Here, then, we present a collection of quick guides to get you up and running with your favourite classic FPS games in Windows 10. 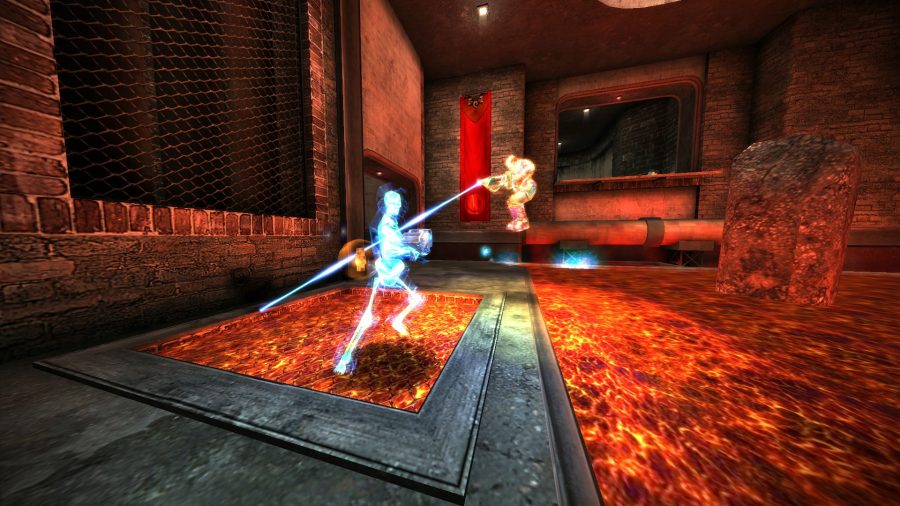 How to play Quake 3: Arena on Windows 10

Id Software huffed and puffed for 20 years, but never managed to blow down the fort it built with Quake III: Arena. At a time when connecting to the internet at 50kb/s caused your computer to sound like it was opening a wormhole to a dark digitised dimension, people balked at the idea that a full-priced game could be committed almost entirely to multiplayer. As it turned out, those would be Quake’s halcyon days.

You can pick up Arena on Steam or GOG – the latter is DRM-free, so you can recreate those legendary LAN parties by getting your friends around and installing it on their machines. To get the vanilla experience but with proper widescreen resolution support, download this simple fix. You don’t want to tweak the config file yourself as, unusually, that tends to cause errors.

These games are alive and fragging, you just need to know where to find them

If you want Arena to really look the part with high-res textures, as well as bug fixes and UI improvements, grab High Quality Quake. Then there’s the great CPMA, which came out in 2000 and is still being worked on. This overhauls the physics, and adds a load of new mechanics that continue to be used in competitive play.

Now for the bad news: while servers are still online, outside of officially arranged clashes they’re largely filled with bots. You’ll enjoy a little ego boost until you realise that your huge frag count is just down to the fact that you’re blasting mindless drones away. Purists will hate to hear it, but this is largely due to the fact that Quake Live has done a pretty great job of replacing Quake III.

The 2010 effort runs on the same id Tech 3 engine, amalgamates all that was great about Arena, and modernises it for Steam and modern PCs – and there is ongoing developer support. It incorporates many of the improvements that came with CPMA, has over 100 arenas – old and new – and hundreds of people still play today.

By all means boot up Arena for all the authentic old-school LAN parties you host, then, but for online play you should probably look to Quake Live. 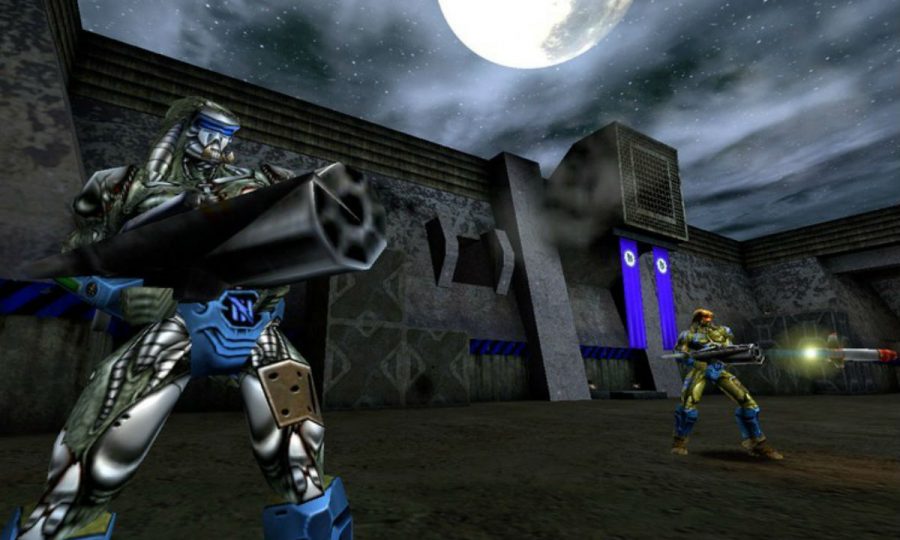 How to play Unreal Tournament ON WINDOWS 10

Chaining sniper kills on Facing Worlds, bounding between skyscrapers on low-gravity Morpheus, or jumping into a random server and embracing whatever weirdness awaited. Unreal Tournament was a cornucopia of unique and unpredictable moments.

The good news is that Unreal Tournament, also known as UT99, is still with us – its Game of the Year edition regularly drops to under £1 on GOG and Steam. In fact, it remains the most played game in the series today – spare a thought for the ill-fated reboot that was recently shelved by Epic. You can still jump in at any time to find a Deathmatch or a perpetual game of Capture the Flag on Facing Worlds.

It’s not too complicated to get things running smoothly either. To set a widescreen resolution, make sure the game is using the OpenGL drivers in the launcher. Then go to the ‘System’ folder in the game directory, open the config file called ‘UnrealTournament’ in Notepad, and change the following:

We’ve put in the parameters for a 1080p resolution, but you can obviously adapt this for your monitor resolution. The default OpenGL renderer worked well for us, but if you have performance problems you can get updated OpenGL renderers here. You can even grab a DirectX10 renderer, which improves lighting and balances brightness levels, among other things, but be warned: it can be a little unstable. 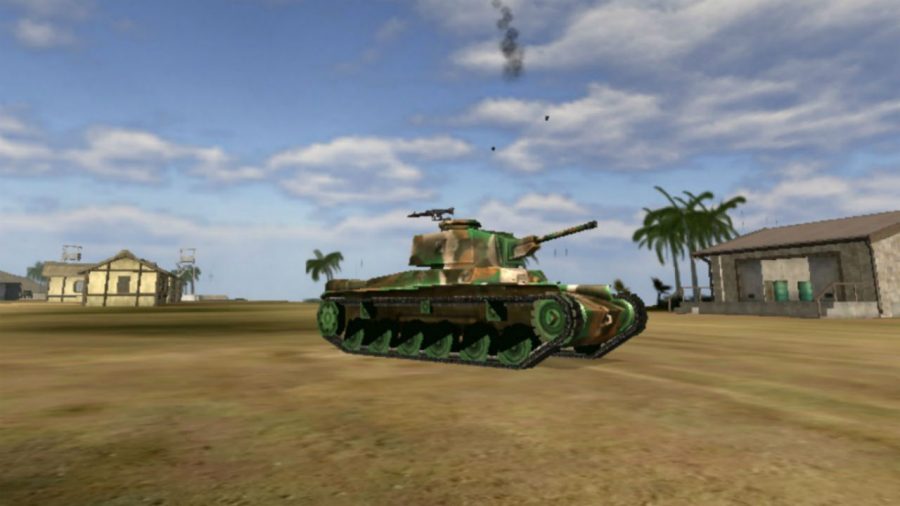 The legendary toy soldiers simulator looked set for a boost when, in 2013, EA gave it away for free to celebrate the game’s tenth anniversary. It remained this way until 2014, when Battlefield 1942’s multiplayer service GameSpy shut down. EA subsequently removed the game from Origin, making it unavailable to buy digitally anywhere.

And yet, like a plucky soldier hunkering down for an artillery bombardment and emerging with just a few bumps and bruises, 1942 somehow survived this cataclysm. Head over to Team Simple’s website for the patches that work around GameSpy’s closure to access the master servers. On the site, you’ll need to download the GameSpy patch, Punkbuster, and the patch relevant to the version of BF1942 that you own (retail CD or Origin version). You’ll still find several large-scale battles with 50+ players raging today.

Modern tastes? Here’s our list of the best war games on PC

If you don’t already own Battlefield 1942 then you’re not entirely out of luck. If you still have a CD drive, you can easily grab a used CD copy on the cheap on Amazon – most servers no longer require a CD key.

If you’re looking to keep it digital, you can find the game floating freely around many gaming forums these days. These are sometimes subject to DMCA takedowns though, so clearly EA still cares enough about the game to protect its copyright, yet not enough to make it available to buy. 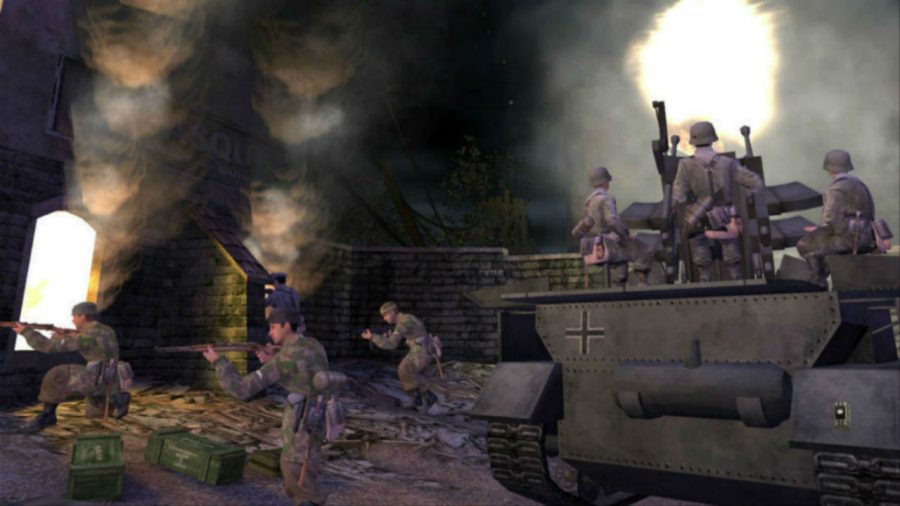 How to play Call of Duty ON WINDOWS 10

Call of Duty wasn’t always the indomitable commercial Panzer it is today. No, really, it wasn’t. Back in 2003 it had to make a name for itself like any other IP, though admittedly it was helped along by big funding from Activision and the fact that its developer, Infinity Ward, was made up entirely of people who worked on the original WW2 blockbuster, Medal of Honor: Allied Assault.

Heroes only: The best WW2 games on PC

The first COD is the only PC-exclusive game in the series. You can feel that in its slower pace and mechanics, which are quite realistic when compared to the warp-speed experience of subsequent entries. You’ll find no automatic health regeneration or markers distinguishing friend from foe here.

The only place you can buy it digitally is Steam. You’ll still find a few dozen players online whenever you log in, plugging away mainly at Deathmatch, Team Deathmatch, and Search & Destroy – or, as we can better understand it today, ‘Battle Royale But With Two Teams And A Bomb No One Cares About’.

It works well on modern systems, with the caveat that you need to jump into the config file in the game directory (Call of Duty\Main\config_mp) and make the following tweaks to make it fit a widescreen resolution:

If you have a penchant for thick-black lines at each side of your game then you can skip this step, but you’ll be missing out on some prime screen real estate if you do. 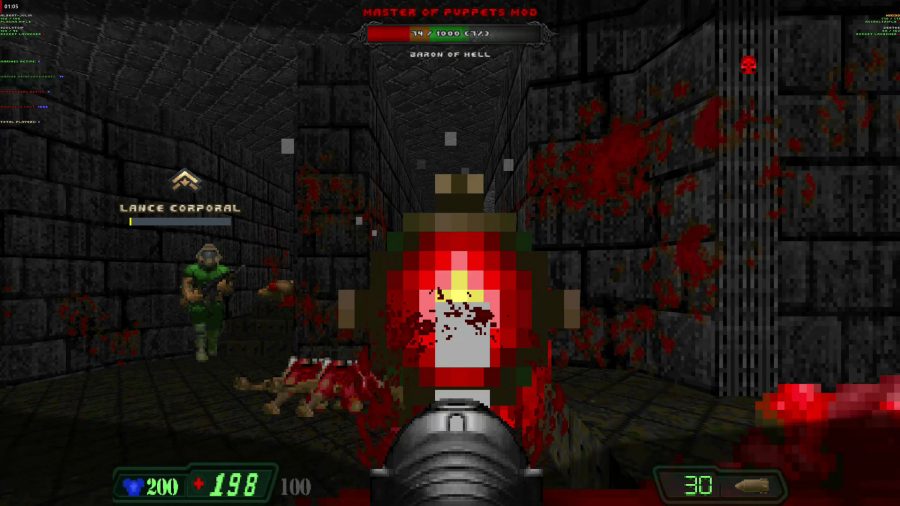 How to play Doom ON WINDOWS 10

If you gathered everyone playing Doom today into a single online lobby, you’d have a veritable legion of people splodging each other’s pixel-marines with rocket launchers.

But in the years since the Doom source code was released – back in 1997 – the game has become so dispersed across various source ports, mods, and custom WADs that it’s been hard to get its vast community under one roof for online play. The most polished and popular source port, GZDoom – which plays host to such wonderful mods as Brutal Doom – was always poor for multiplayer, leaving that whole side of the game a little neglected.

Which is where Zandronum, and its deprecated predecessor Skulltag, comes in. This source port doesn’t have the technical swagger of GZDoom, but is dedicated to making Doom’s multiplayer sing beautifully on modern systems. It offers a networking structure that lets you play on servers of up to 64-players, using tons of mods, without a hitch.

Buddy up: Check out our list of the best multiplayer games on PC

When you go to the Zandronum download page, you’ll see it comes bundled with Doomseeker, which you absolutely want because this is how you get a proper server list with filters, server information, and all those other conveniences we associate with modern online play. Crucially, Doomseeker also automatically downloads any WADs and mods required for the server you choose to play on, making the process relaxingly smooth. While you’re at it, check out this work-in-progress Battle Royale mod, made to work with Zandronum and Doomseeker.

Like any source port, you’ll need to own Doom, Doom 2, or Ultimate Doom to use this, as Zandronum requires the original WAD files contained in the game directories to work. That’s not a huge hump to get over for all this classic shooter goodness, though, is it?