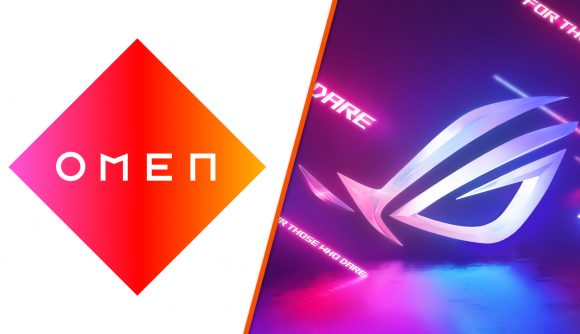 There seemed to be no end to the PC market boom kickstarted by the global pandemic, but now it seems the fortunes of HP and other major players in the space have taken a dark turn. According to research conducted by International Data Corporation (IDC), year-on-year shipments of computers are down by 5.1%.

Diving into the nitty gritty of IDC’s findings, HP suffered the most of the six biggest companies in the PC market, with this quarter’s shipments falling from 19.2k to 15.8k year-on-year, which is an 18% decline in 2022. Acer and Lenovo experienced similarly disappointing figures, enduring a fall of 5.9% and 9.2%, respectively.

However, things aren’t entirely doom and gloom for every PC giant. Asus has not only weathered the storm of slumping sales, but has seen its own shipments increase by a staggering 18%. Meanwhile, Dell and Apple enjoyed smaller gains of 6.1% and 4.3% respectively. It’s trends like this that strengthen analyst arguments that the overall fall in sales isn’t necessarily a massive cause for concern.

“We still see some silver linings in a market that has reached an inflection point towards a slower pace of growth”, says Jay Chou, an IDC research manager, who highlights that “higher end consumer demand has held up.” Chou is undoubtedly at least partially referring to the unprecedented level of demand we’ve seen for the best graphics cards over the last few years, with crypto miners and gamers alike trying to get their hands on the coveted components. 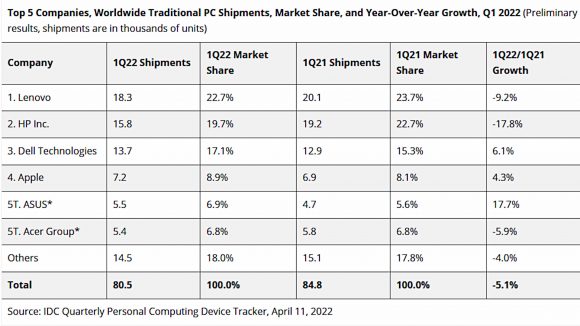 
Demand is unlikely to die down anytime soon, as those looking to upgrade their gaming PC patiently wait for the arrival of RDNA 3 and RTX 4000 graphics cards.