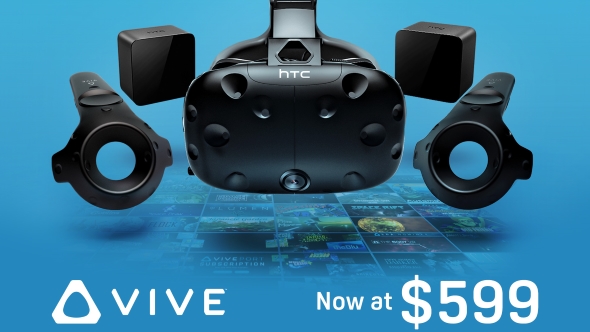 It’s taken a while, but HTC have responded to Oculus dropping the price of the Rift by making their own big price play, knocking $200 off the retail price of the whole HTC Vive bundle.

You need a serious GPU to cope with the rigours of VR, so check out our guide to the best graphics cards you can buy.

For the new $599 (£599) price, you get the headset as well as the two controllers and the two lighthouse sensors. That gives you everything you need to nail the best room-scale VR experience of any of the current headsets. Well, almost everything. What it doesn’t get you is a Vive-ready PC, so you still need a machine with either a GTX 1060 or RX 480-level GPU and Core i5 equivalent processor.

At the moment, the Oculus Rift is still on its limited-time only sale price of $399, making the consumer friendly headset $200 cheaper. But, eventually, as the nights roll in towards the end of the summer, we’re likely to see it creeping back up to its official $499 price.

HTC, however, are pointing to the free Viveport Subscription trial you get in the bundle, which gives you a choice of five titles per month from a list of 200. You also get a free copy of the awesome 3D painting app Tilt Brush, Everest VR, and Richie’s Plank Experience. I mean, no-one’s actually going to pay for Richie’s Plank Experience, so that kinda makes sense. 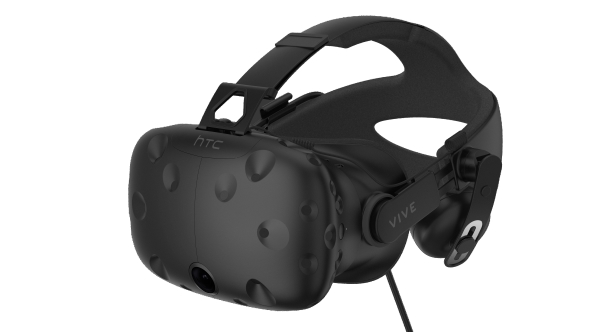 We’re at a point in VR where the technology is at that ‘good enough’ stage. The stage where we now need to start getting more people actually experiencing it. It’s all well and good to continue iterating on the hardware, producing slightly faster, ever more expensive headsets, but without an existing install base VR adoption will continue to stagnate.

There is now great content out there for both the big PC virtual reality skullcaps, and that’s a situation which is only going to improve from here on out. With Gamescom kicking off this week, and the timing of the Vive announcement coinciding with the start of the event, you can bet there will be some VR noises coming out of Germany, and hopefully not just of the virtual pr0n variety either.

So, with both HTC and Oculus slashing the price of their headsets, high-end PC VR is now more accessible than ever before. Accessible, yes, but still not massively affordable, especially once the Rift goes up to its $499 price. I’m hoping now that Oculus will take one look at the Vive price cut and decide to keep the current summer sale price in perpetuity.