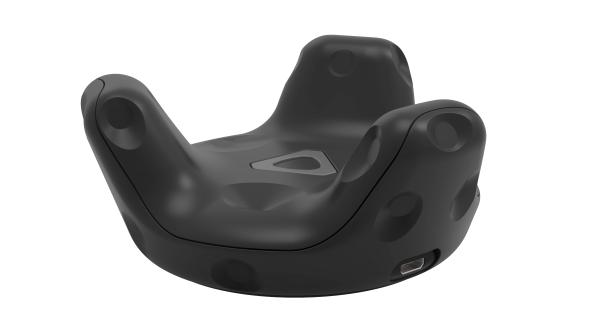 Virtual reality is serious business. So you need to do serious research, sometimes in the privacy of your own home, and sometimes with your own canine companion. That’s made much easier by Vive’s little Tracker sensors.

You need serious GPU silicon to drive VR, so check out our guide to the best graphics cards around today.

I must first point out that no animals were harmed in what I’m about to describe. In fact, it was ostensibly all for their own safety… though I expect such experiments are in no way endorsed by HTC themselves. After chatting with HTC’s Graham Breen, about the most unexpected uses of the Vive Trackers, I was introduced to the man responsible for partially wrapping his dog in cling film to safely strap a Tracker to it in order for the dog to appear in his virtual world.

The Vive Trackers themselves are little, independent devices you can attach to real-world objects in order to bring them into your virtual reality experience. I had asked Graham Breen what the strangest uses of the Trackers were that he’d seen.

It makes total sense and allows peripheral makers, or even the homebrew crowd, to quickly iterate on bespoke controllers for different VR games without huge expense. The idea of strapping one to a real club for the Golf Club VR sounds like a great idea. Well, until you shatter a lightbulb, make a whole in your wall, or pitch and putt your kitteh. 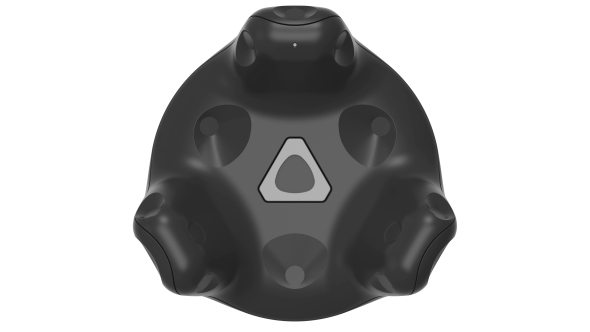 On leaving the AMD/HTC Gamescom booth, saying goodbye to Vive’s VR content guru, Mr. Breen points to another gentleman on the stand.

“This is the guy responsible for the VR wine bottle,” he says.

“Wine and tea,” says the Vive guy who probably ought to remain nameless, lest PETA get antsy. “It acts as a coaster pretty well.”

I explain how I might stick a Vive Tracker on my cat to avoid a catastrophic kitteh-based VR disaster – such as her creeping up on me while I’m utterly immersed in Fallout 4 VR and subsequently soiling myself.

“I used cling film to wrap it around my dog once,” he replies.

“…it’s better than tape, right?” Is the well-reasoned response.

I mean, how else is a doggo to wear a Tracker, unless you make a specific harness for it? Try finding one of them in your local pet shop.