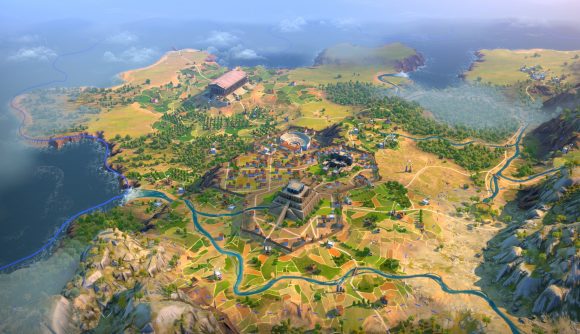 4X game Humankind has only just been released, but players are already unearthing hidden secrets buried in the game’s design. Some eagle-eyed fans have noticed that you can chase things around the map with your mouse cursor.

Much like in rival strategy game Civilization, Humankind’s campaign map is filled with dynamic visual features that are meant to reflect player choices. As you build up your cities, urban sprawl spreads across the map, and as you introduce things such as trade routes, caravans will start travelling up and down roads. The same is true, it seems, for wildlife and domesticated animals.

Xetni14 uses their cursor to chase a herd of sheep near a city up and down the side of a mountain. Others have commented in response sharing their own stories, and it seems this has been a feature of the game since Humankind’s beta period. It also works on people, to the point where the community may have discovered the Humankind’s first Easter egg. According to user iso9042 in response to Xetni14’s post, they once managed to chase a human model from a prairie towards some bush, where it is then jumped upon by a lion.

“Then suddenly [a] lion jumps out of the bush, speeds to that man and his model disappears, as if being eaten,” they write.

The little details in this game are wonderful. Just watch my cursor and how the in-game life interacts with it. from HumankindTheGame

“Then the lion lazily wanders off. I still am not sure if it’s a funny bug with ambient entities despawn, or if predators actually hunt on their prey,” the story finishes. Another user called Zoryall, who is a member of Humankind’s 3D art team, responded explaining that it’s not a bug.

If nothing else, Humankind is an incredibly pretty game. You can enhance your enjoyment by using Shift+F10 to remove all HUD and interface elements, and just roam around the world. Be warned, this also stops things like the main menu from appearing, so make sure you turn everything back on again when you’re done.

You can check out our Humankind review if you want to know more about what we thought of Civilization’s first real challenger, but we’ve also got plenty of guides to help you out as well, including warfare, difficulty settings, even how you earn fame points and claim victory. 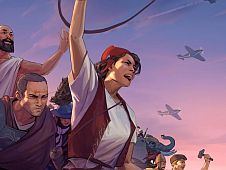 Humankind is available now on PC via Steam, the Epic Games Store, Google Stadia, and Game Pass for PC.