Wondering how to cross the ocean in Humankind? Humankind is a 4X game, so naturally, as you set out to conquer the land, you’re eventually going to need to set sail and make your mark on distant shores – unless you’re playing on a map without any water, of course, which can be done via the game settings.

As you progress through the ages, you will unlock technologies that allow you to venture ever further from land. When you first set sail, after acquiring the Sailing tech in the first era, your ships will be destroyed if they spend more than one consecutive turn in the deep ocean, so you’ll have to stick to the shallow coastal waters as you explore. You’ll receive a warning notification the turn before this happens, so you can make sure you turn back to safety.

Eventually, you unlock the ability to remain in deep water for consecutive turns, though you take damage with each turn spent in the ocean. In later eras, your people will discover how to build ships that can sail through the deep without a care in the world. However, if you’re wondering why the ships you’ve built can venture into deep water, but the soldiers traveling with them perish, we’ve got the answers – here’s everything you need to know about crossing the ocean in Humankind.

If you’re planning to set sail, there’s a key distinction you need to know – the difference between naval transport units and military vessels. 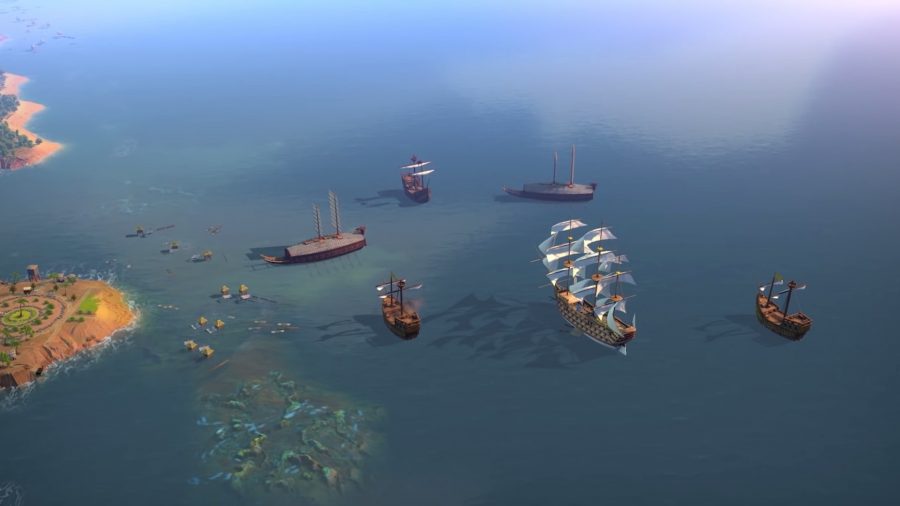 When land units move onto a water tile, they are automatically transformed into the best naval transport unit you have unlocked, and gain the status ‘embarked’.

The first of these ships is the Transport Galley, unlocked in the Classical era by researching Trade Expeditions. This ship is destroyed after spending more than one turn in deep water.

The final upgrade comes in the Contemporary Era, after researching Amphibious Warfare. The Landing Craft can instantly embark and disembark, and can attack immediately after disembarking. 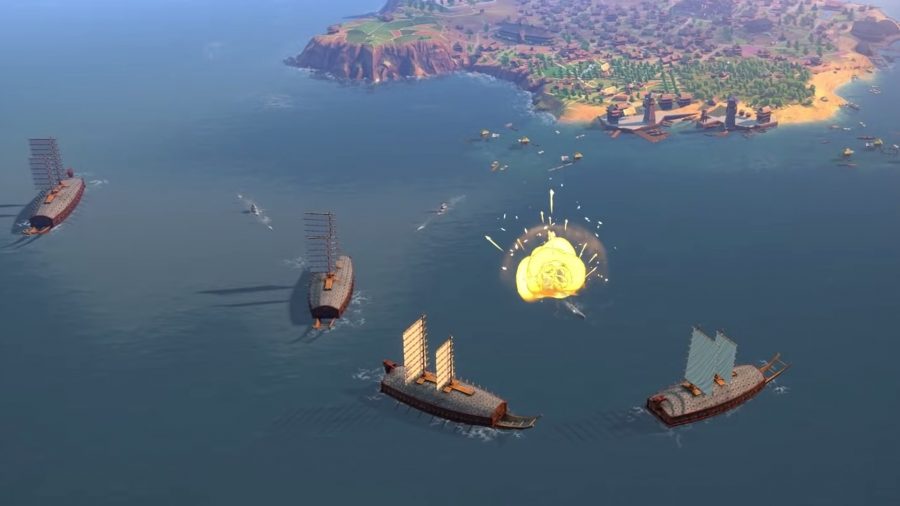 You must manually construct these vessels and launch them from harbours in your territories. The first of these vessels, the Pentekonter, can be built after researching Sailing in the Ancient Era. This ship is a Boarding Vessel, which means it can ‘board’ enemy ships and apply debuffs to it. It’s a coastal ship, meaning it cannot spend more than one turn in deep water. However, the Phoenicians unlock the Bireme as their first vessel, which takes damage from consecutive turns in deep water.

The Classical era upgrade to the Pentekonter is the Quadrireme, unlocked by the Foreign Outposts technology. It is also a Boarding Vessel, and is damaged by consecutive turns in deep water.

Its Medieval era counterpart is the Cog – again a Boarding Vessel – and it has the ‘Skilled Navigator’ attribute, which means it receives less damage from turns spent in deep water, though it will still take some. It’s unlocked by researching Seafaring Mastery.

In the Early Modern Era, after researching Naval Artillery, you can unlock the Carrack, which can use its cannons to attack enemies. The Joseon culture can build the Geobukseon – a turtle ship with a dragon head – which can also ram enemy units. There’s also the Venetian Galleass, which receives a boost to combat strength when it’s in coastal waters.

Then, also in the Early Modern Era, researching Flintlock unlocks the Man o’ War, which is even more powerful than the Carrack. 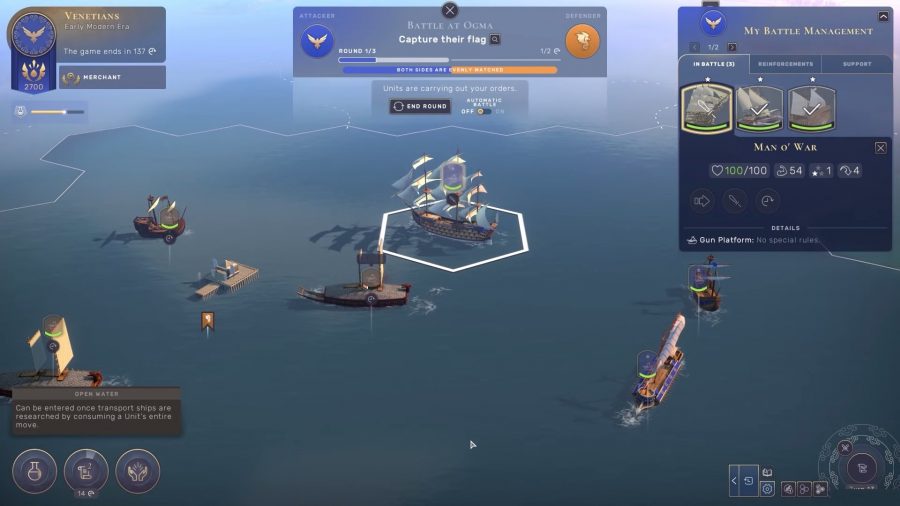 In the Industrial Era, after researching Propeller technology, you can build the Ironclad, which is immune to suppression and has a high combat strength in coastal waters. Propellers also unlocks the Steam Frigate, which has a gun platform for a higher range than the Ironclad.

Also in the Industrial Era is the Torpedo Boat, unlocked with Combustion Engine technology, which ignores zones of control and is able to shoot at targets even without a clear line of sight. The Germans unlock the U-Boat instead, which has the ‘stealth’ ability, meaning that only adjacent units can see it.

Sailing the seven seas: The best pirate games on PC

In the Contemporary Era, researching Naval Air Strategy unlocks the Aircraft Carrier – unsurprisingly, its special ability is transporting aircraft. This technology also unlocks the Battleship, which is an armoured vessel immune to suppression – it also has the ability to bombard Districts and battlefields from outside the battle.

That’s all you need to know about ships and crossing water in Humankind – these units will come in handy when it comes to waging war in Humankind and with the race to Humankind victory.