Autumn is now upon us, which means now is a good time to hunker down, get cosy, and delve into some great PC games. If you’re in the mood to do just that, the Humble September Choice Bundle might be just the thing. This month’s Bundle is about to go away, and it’s chock-full of some great indie games to grab for cheap.

As you can see on the new collection’s site page, the Humble Choice September Bundle includes a batch of 12 titles, from which you can pick nine to keep forever (though there’s currently a promotion on that lets Premium and Classic subscribers grab all 12 of the games). These include the action-adventure games Forager, Strange Brigade, Generation Zero, Lethal League Blaze, and Evoland: Legendary Edition.

The latest Bundle also features the multiplayer party game Golf With Your Friends, as well as the sandbox-simulation game Fun With Ragdolls: The Game, which lets you do everything a ragdoll does best: flop around some environments you’ve created and cause some mayhem.

Also in the bundle is one of the best platform games of recent years: Yooka Laylee and the Impossible Lair. Indie title Vampire: The Masquerade – Coteries of New York also features, as well as The Shapeshifting Detective, The Occupation, and Catherine Classic. 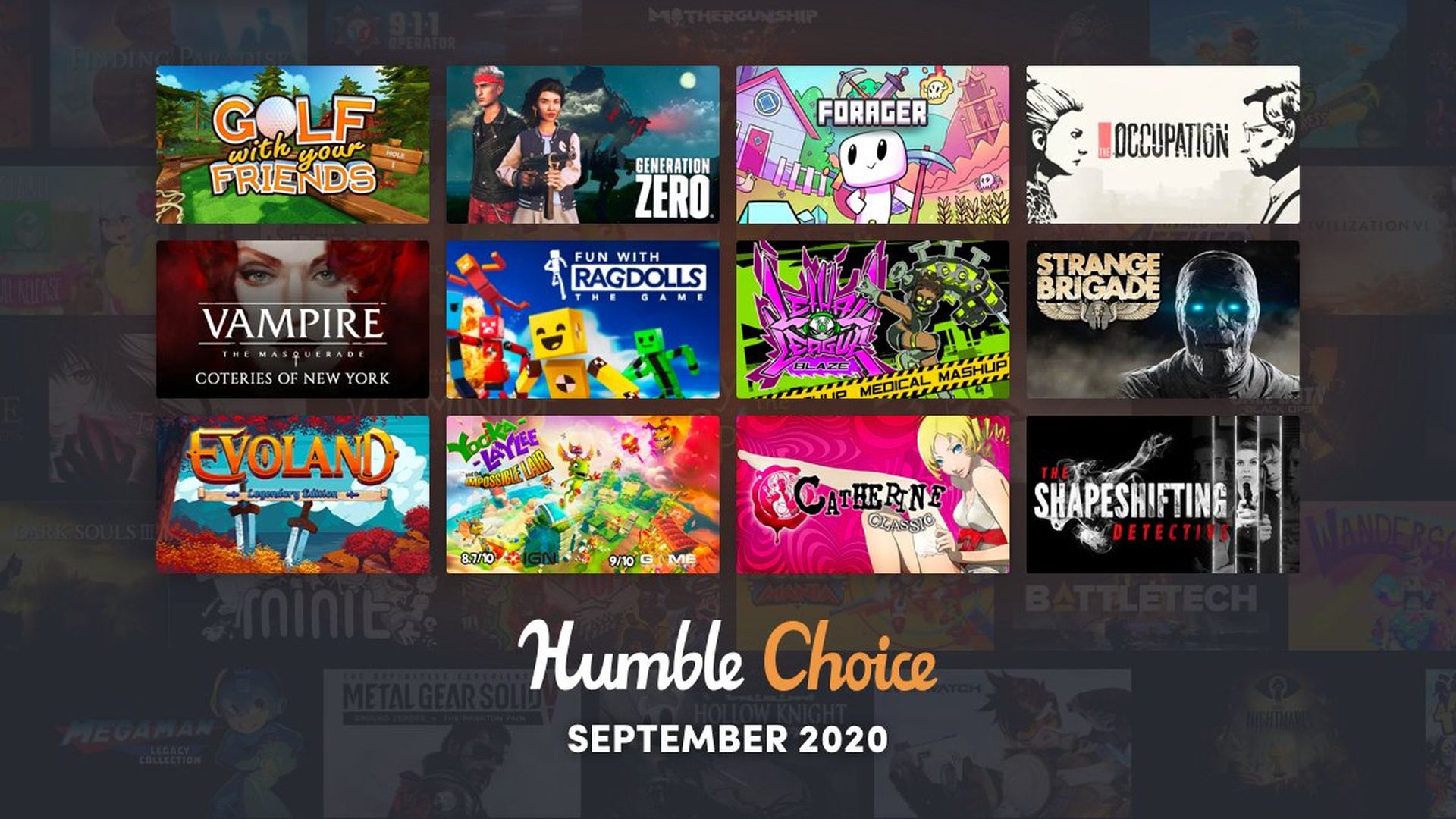 Humble says the September Choice Bundle contains $278 worth of games, so whichever subscription you go for, it’s a pretty good deal. You can pick it up on Humble Bundle here. Or, you can take a look at our rundown of the best free PC games if you’d like to grab something for the ultimate low price.